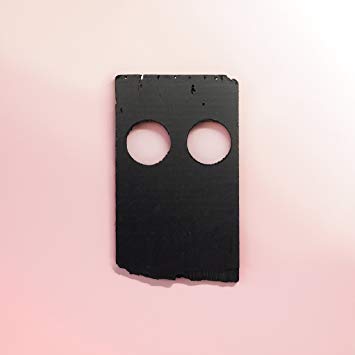 For a band who has been around since 1994 and released a dozen studio albums, Low has been incredibly consistent. From the abjectly funereal I Could Live in Hope (1994) to languid reflection of Secret Name (1999), it was clear that this group’s bleak, minimal records were made for late nights and early mornings, likely alone. Due to the nature of their sound and the caliber of their songs, it seemed that Low was destined to remain a cult band. However, as the 2000s arrived, Low began expanding their sound a little bit more and experimenting in the studio. The stellar Things We Lost in the Fire (2001) contained one of their absolute best pop songs, “Sunflower,” which is almost catchy, if I dare say that. This signaled a subtle turning point for the band.

Signing to Sup Pop Records, they issued The Great Destroyer (2004), an excellent record that introduced some real rocking tracks. Low has remained on the illustrious local record label to this day and have continued to create more brilliant albums. Drums and Guns (2007) is an overlooked favorite that leans on the experimental side and Ones and Sixes (2015) evens sounds a bit like their first record at times.

Even though there have been some heavier sounding guitars and some experimental aspects in their material over the years, one thing that can be counted on is that since day one each album continues to contain a collection of slow, lugubrious songs. In September, their latest venture, Double Negative, was offered and this one is perhaps their biggest departure yet. It’s another alienated whole album experience and the songs are as decelerated as ever, but it is mostly electronics and digital experimentation. The first several songs all blend together and feature mostly overblown keyboards and heavily processed vocals that go in and out of the mix.

“Dancing and Fire” is the eighth song on the album and it is the first one that sounds like classic Low. It features plaintive strummed guitar and clean vocals from Alan Sparhawk with haunting backing vocals from Mimi Parker. “Rome (Always in the Dark)” is another more traditional sounding song in structure. It could have been one of the best tracks on the record, but it is marred by auto-tuned vocals and the overblown speaker effect that permeates the album.

It will be interesting to see how the new songs translate on stage. Low has traditionally been a guitar, bass and drums group, but Double Negative is far removed from that format. Their producer clearly wanted to push them in a more modern direction, which some people will find exciting, but it comes across like he thought that merging Low’s general approach with hip-hop production would be beneficial. It was a risk that doesn’t work for me, but I have read some rave reviews for Double Negative. It’s still, without a doubt, a Low record, but it is one that is trying to appeal to a younger audience and, at the end of the day, it probably succeeds in that.