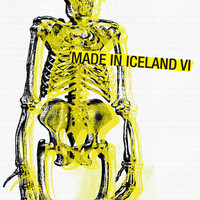 Made in Iceland VI

Maybe you’ve noticed that Iceland is having a moment? Between volcanic eruptions on the news, nonstop flights between Seattle and Reykjavík advertised on the side of every bus downtown, and oodles of on-air love from KEXP, it seems like Iceland is in the spotlight wherever you turn. The attention is well deserved; despite housing a population about half the size of Seattle, Iceland boasts a quality music scene as diverse as our own. But if you didn’t win KEXP’s Iceland Fly-Away contest to attend the Airwaves festival in Reykjavík, how can you find all that deserving music?

Iceland Music Export has your back. Each year, IMX puts out a compilation CD highlighting tracks from some of Iceland’s hottest new albums you never heard of. Bands like Of Monsters and Men already spend more time abroad than at home in Iceland; the IMX Made in Iceland VI compilation introduces you to what’s next.

A few highlights are worthy of everyone’s attention. Government official by day, mad genius rapper by night, former Sugarcubes member Einar Örn contributes the track “Dreamland” by his project Ghostigital. KEXP favorite Ólafur Arnalds will be playing Decibel Festival here in Seattle in September. Prepare for that show by listening to “Old Skin.” Because Agent Fresco’s Arnór Dan is one of the most moving singers alive, the Pascal Pinon track “When I Can’t Sleep” featuring his guest vocals is required listening.

I’m also personally excited about the inclusion of Tilbury, whose album Tenderloin sounds like James Mercer’s haunted fever dream of post-war England. Another personal favorite is the almost industrial rhythm of Bloodgroup’s “Cut Out Your Tongue,” but that’s only because I’m simply not stylish enough to handle the seductive groove of Retro Stefson.

Even if your taste runs contrary to mine, the selection among MII VI’s 19 tracks is so eclectic that you’re sure to discover something you love. Maybe it will be the Nashville-worthy alt. country of Dikta with “In Spite of Me,” or the folky harmonies (and harmonica) of Asonat’s “Rökkurró.” Maybe the Beatles-infused acid trip of Just Another Snake Cult will float your boat. Maybe Nóra’s unclassifiable ethereal atmospherics closing the album will set you to saving money for one of those direct flights to Reykjavík. After all, the Icelandic landscape is wide open, and there’s room for you, whatever your style.

{The MII VI compilation is a promotional album and is not for sale, per se, but can be streamed online at the IMX website or on Soundcloud. If you find something you like, the albums featured on the compilation can all be purchased at Gogoyoko.}