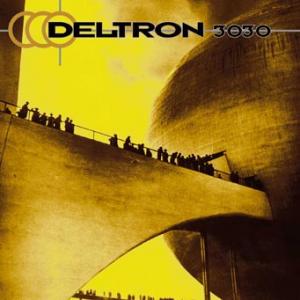 Just like the Postal Service had its Dntel, the Gorillaz have their Deltron 3030. Alright, it isn’t as perfect a one-to-one relationship as Dntel, but all the major players are here for my favorite electronic/hip-hop concept album ever, Deltron 3030. It brought together the forces of Dan the Automator, Del the Funkee Homosapien, DJ Kid Koala, Damon Albarn, and MC Paul Barman amongst others. It tells the tale of Deltron Zero, a wrong-accused criminal who travels in time to win an MC battle (or, that’s the nearest I can figure based on the Del’s lyrics – sure, I could look up what it might really be about, but what fun is that?) and what you get are some of the most sinister mixes of turntables and MC’s this side of, well, anything. So slick is the production that you forgot that this is more or less a rap-space-opera and instead you actually believe that poor ol’ Del has to fight for his MC rights in the far-flung future.

Some of it is fun, but quite a lot of it is bleak, like “Madness,” a bitter take on the future where everyone wants to be an MC, DJ or producer. The key to the track is the absolutely perfect sample used for the chorus, with its hollow, lost 60’s R&B sound that produces the most brilliant feeling of a post-apocalyptic attack atmosphere – think of the type of music that Helo might have heard trapped on post-Cylon attack Caprica (yeah, I went there, but if anything, Deltron 3030 has that feel). The future might like its hip-hop, but it sounds like it also lost its soul in more ways than one.

And maybe that’s the best feature of Deltron 3030, it creates a vision of a bleak, metallic, and overly commercialized future where Del has to fight against the powers to get that brass ring – even if he had to fall through time to pull it off.