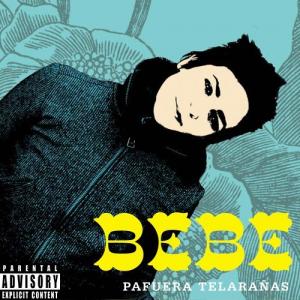 I'm sometimes troubled by my choice of music. Well, not "troubled" as much as disturbed by the internal contradictions that are inherent within my iPod. Many songs shouldn't be there for reasons I have pointed out in reviews of Roulette Spins as examples of bad things in music.

I first heard this song (as a music video) in a hotel room in Pucon, Chile on one of the various Latin MTV-type stations. It was black & white and was pretty much a single shot of this woman with a buzzed haircut singing the song with a guitar. Very stripped down, very intense for MTV-like fodder. I liked the song, it seemed kind of rockin' in a Latin-pop sort of way. However, it troubles me to think what I might have thought if this song was in English and I had seen the video on the American MTV or VH1 (well, if they still showed videos). Would I think it was just another Alanis/Avril/Ani style angry women rocker song? Am I totally biased by its (and my) Latin origins that I ignore what I might normally find bland and offensive to my musical sensibilities? Does my affection towards this song negate some deep-seated musical integrity I imagine I might have? Am I now merely a shell of what I once was by merely admitting that I enjoy a song like this?