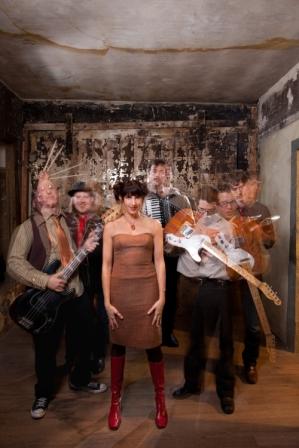 If you’re in the mood for some civic engagement this weekend, the City of Seattle is hosting its third annual open house on Saturday from 10 am to 2 pm. The mayor and other city officials will be available for a Q&A, and workshops on credit reports and how a bill becomes law will be offered. Meanwhile, The Fred Hoadley Trio will play Latin jazz and Eagle’s Jump, featuring Arlie Neskahi, will play Native American music. There will be an on-site farmers’ market selling local produce and food trucks selling lunch. The Seattle Animal Shelter will also be onsite with adoptable animals.

For more publicly-sponsored live music after the open house, catch light rail down to SeaTac. Gabriel Mintz, Kris Orlowski, The Requisite, Kristin Gaerlen, Chad Knight, Quixote Radio, Whitney Ballen, Josh Baez, Justus Yearous, and This is Your Captain Speaking will all be performing on random trains.

At SeaTac Airport, join Mayor McGinn at the Experience the City of Music Launch Party in the afternoon. The lineup, starting at 3 pm in –yes- the baggage claim will include kindiependent band Recess Monkey, Carrie Clark and the Lonesome Lovers, Fly Moon Royalty (who will perform at the Neptune 2/16 with Pickwick) and Dusty 45’s.

The best part of the day, besides picking out a new kitty while listening to live music, is that both events are free.