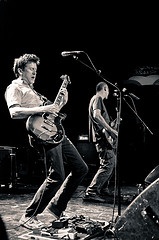 Any night that has Telekinesis opening, and has Teenage Fanclub not even headlining is bound to be epic, and thus was what I’ve dubbed Mergefest NW 2010.

Telekinesis brought the rock with Michael Lerner and a new incredibly tight band behind him, featuring Cody Votolato (ex Blood Brothers/current Jaguar Love) and Jason Narducy (ex Verbow). With such a loud past behind the current backing band, it was no surprise that Telekinesis sounded HUGE. This was the first local show with the new band, and it couldn’t have been easy opening for not only your bosses but also your musical heroes on home turf, but TK pulled if off well. 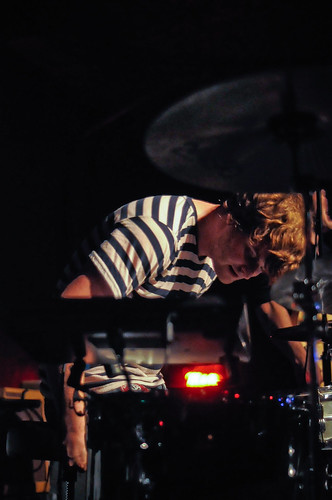 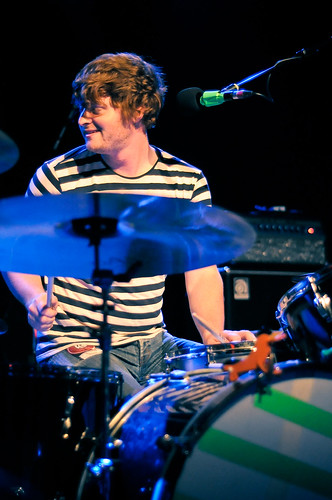 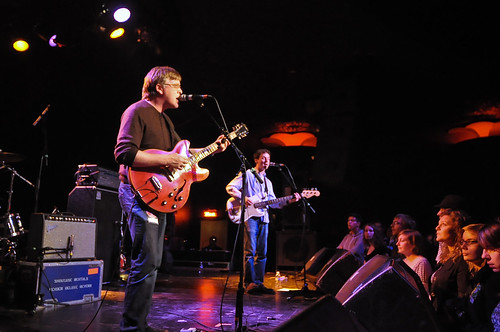 Next up were Teenage Fanclub (again, how awesome of a night can it be when Teenage Fanclub aren’t even the headliner?!) and it blew me away how incredible they still sounded. Their harmonies are still amazingly haunting, and dare I say, only sound better with age. I’ve been a Teenage Fanclub fan for years, but they’ve always been one of those bands where I obsess over certain songs, and when they kicked into the opening of “Star Sign”, I got so excited that I spilled my drink all over myself, and unfortunately, my friend next to me. Nothing else mattered for those 4 minutes. 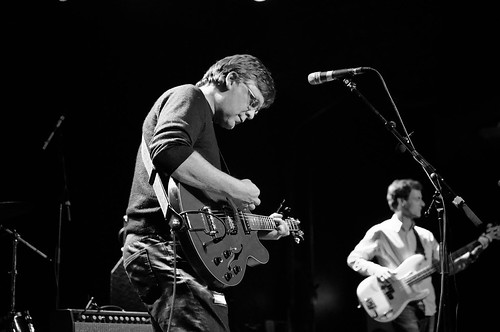 After Teenage Fanclub finished, I ran up front to score a spot for Superchunk. I’d been on  Superchunk ipod bender all week, and I couldn’t stop thinking about what they might play. Superchunk are the kind of band that knows how to play to their fans. They’re also the kind of band that has been consistently good for decades, so no one cringes when they open with a new song. 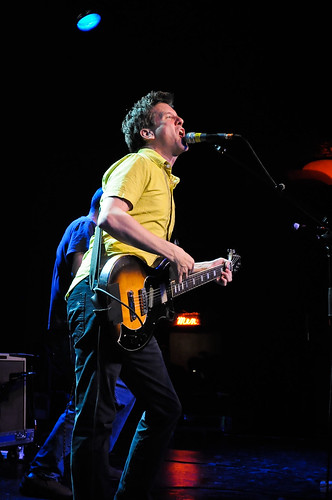 The material off of Majesty Shredding sounded amazing and blended in so seamlessly with the old material, that only the diehard fans would be able to tell which was which. They played a set peppered with obvious favorites from all eras like “Hyper Enough”, “Precision Auto” and “Slack Motherfucker”, but also through in some less obvious but absolutely amazing stuff like their cover of the Magnetic Fields’ “100,000 Fireflies” and “Without Blinking”, which by consensus in my group of friends was the biggest and best surprise of the night. Needless to say, I left the show completely exhausted from the excessive dancing and screaming and my face hurt from smiling so much. 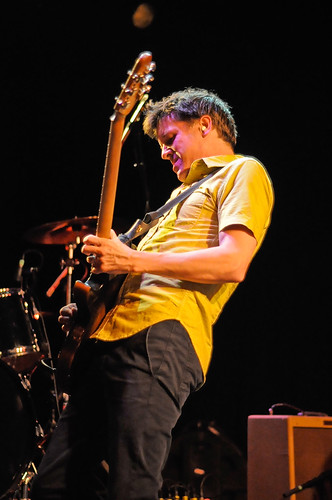 Though the sound quality isn’t fabulous, here’s a video of Superchunk playing “Iron On” just for a little more visual proof of how hard they still rock. (Listen for the moment when the audience screams “We got so drunk that night!”)

Check out the rest of Lori Paulson’s gorgeous photos!