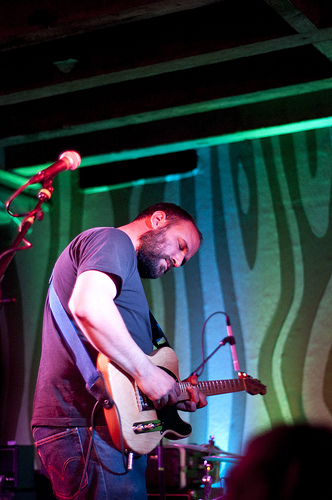 Musicfest, Musicfest Northwest, M-F-N-Dubs, Baby SouthBy — whatever you want to call it, this past weekend’s slew of shows down in Portland were nothing short of an absolute blast. We ran rampant through the quadrants for four days straight, shooting every show we could get our hands on, swooning exponentially more as each night passed. Here’s just a fraction of what went on for the first half of the fest, during Thursday’s and Friday’s sets.

Rocky Votolato at the Doug Fir: 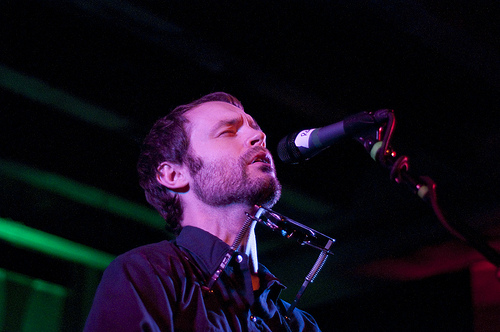 The big knock-it-out-of-the-park set on Thursday was David Bazan / Rocky Votolato set over at the Doug Fir. After the stage was properly warmed up all day with KEXP in-studios from the likes of the Cave Singers and Ted Leo and the Pharmacists, Rocky took the spotlight (after what was likely a gorgous set by Joshua Morrison, that we hit town a little too late to catch) and the room over for a good forty minutes, with a set that pleased both rabid forever-fans and fringe-fans alike. There was something almost infectious about his performance, as he surpassed the standard singer/songwriter storyteller vibe and instead delivered each song with a repectful, earnest, homage-y vibe that struck the major chords of our very own indie-lovin’ heartstrings.

The forever-fans sang along gleefully, word-for-word, elbowing each other during standout lines, chatting about summers past and how his songs had composed the very soundtracks that they’d lived by. The newer fans and never-heard-of-hims in attendance couldn’t help but get caught up in all the love, smiling from ear-to-ear at the energy the fans and Rocky seemed to be co-generating, helping to fill up the room with goodness. Much more than just an opening set for Bazan, Rocky Votolato’s slot was a standalone performance in it’s own right, and with endless choices on the dance card that evening, very much worthy of the time given. 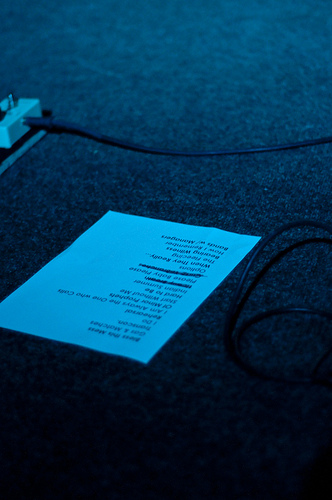 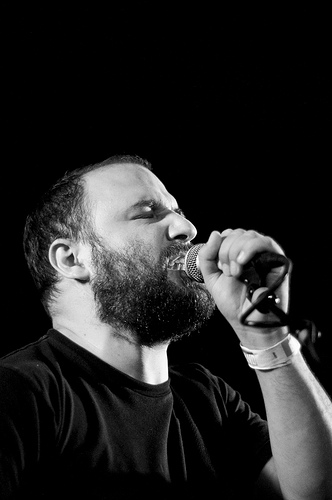 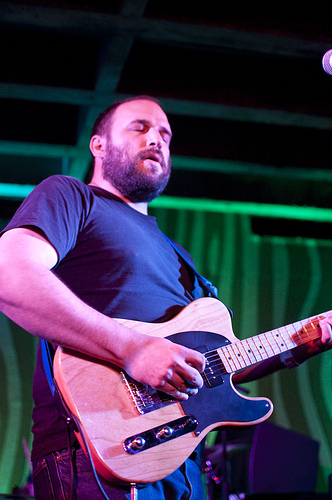 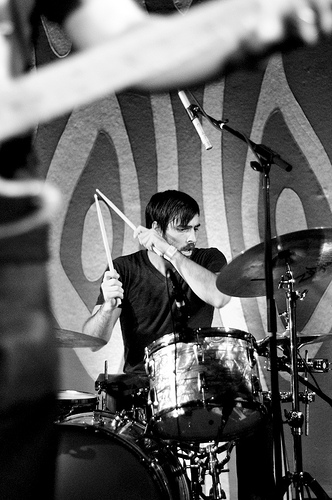 As previously stated, it would seem as though the most recent incarnation of David Bazan (+ Band) can do no wrong. Every set that passes seems to get more cohesive, songs off of the newest album (Curse Your Branches) get better and better with each live listen, and any older, unearthed pre-solo Bazan work gets more polished and evolved-sounding every time the band takes a pass at it. Case in point: seeing something like “When They Really Get To Know You, They Will Run” on a non-Pedro the Lion setlist would invoke a fearful cringe from any number of long-standing PtL fans, as no cover version or reworked lineup could possibly do the original a fair amount of justice. However, it’s appearance on the DB+B setlist brought nothing but waves of joy to the imaginary camp in attendance, especially for those post-touring PtL fans present who thought they’d never hear it performed live in their lifetime.

That solid perfomance, coupled with Bazan’s signature anthematic chord progressions and a packed house, made the DB+B set the best of the night. 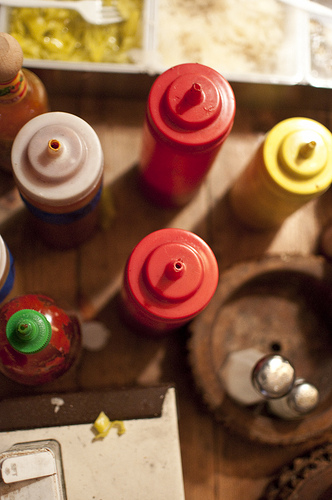 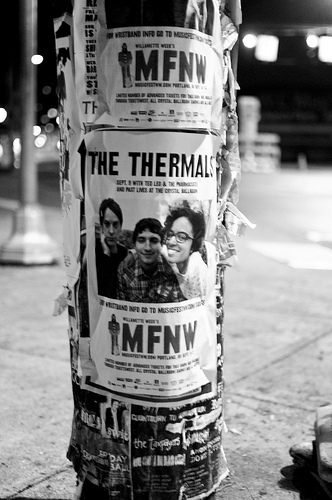 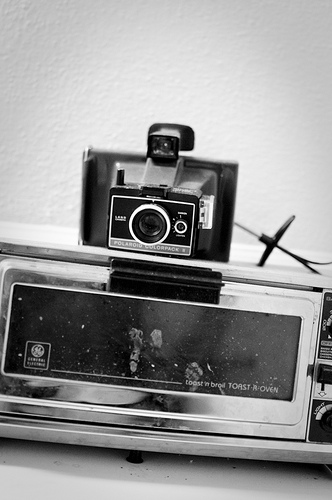 Low-key mayhem ensued after the Doug Fir set, including (but not limited to) band sightings at one of the many Portland food-cart compounds, and much late-night geek-out-ery about the evening’s performances and everything that was coming up for Friday — most notably, Okkervil River’s headlining set at the Crystal Ballroom. Read all about that (and everything else that went on throughout Friday’s sets) here.

{We’ll have more photos from Thursday — including shots from the Thermals’ Crystal Ballroom show — up soon, so stay tuned! In the meantime, check out the imaginary flickr pool for more of Thursday’s and Friday’s photos.}