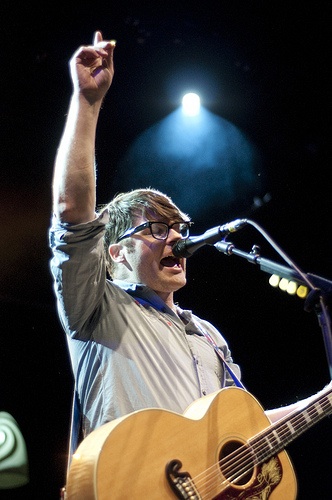 MFNW recap: the weekend edition — Decemberists, the Head and the Heart, Menomena

{This is part three in a series of recaps about Musicfest Northwest 2010 — make sure you check out Thursday’s and Friday’s coverage too!}

The Builders and the Butchers: 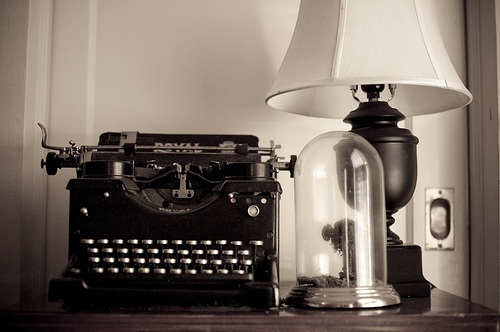 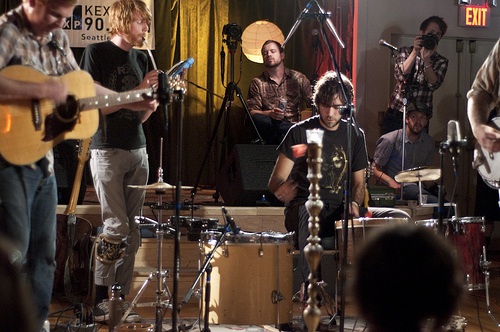 Saturday at MFNW was chock full o’ rad, with bands around every corner and all kinds of PDX-style awesomeness abounding. The day started off with an excellent lineup at funeral home-turned-venue the Woods, courtesy of KEXP: The Mynabirds, The Builders and the Butchers, Typhoon, and several other bands took the stage from 1pm on for our listening and viewing pleasure. The station crew did a massive amount of taping and shooting, so keep an eye out for words, video, and stills over at their website — the BatB set was beyond epic and set up living-room style, almost microphone-free on a rug in the middle of the crowd — and we’re quite sure the fine folks of KEXP captured the performance with excellent result. 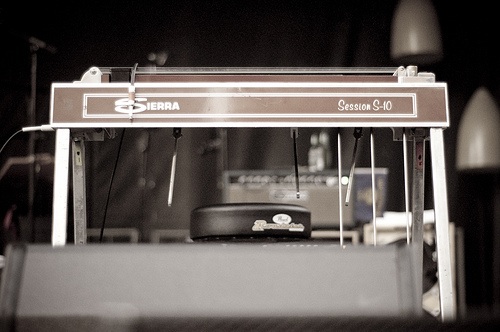 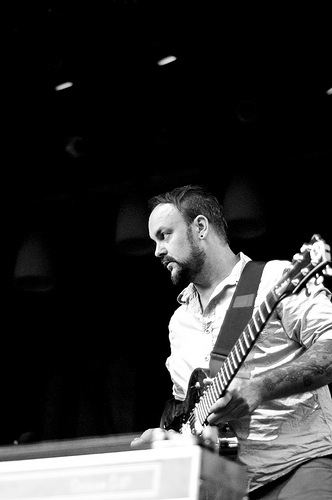 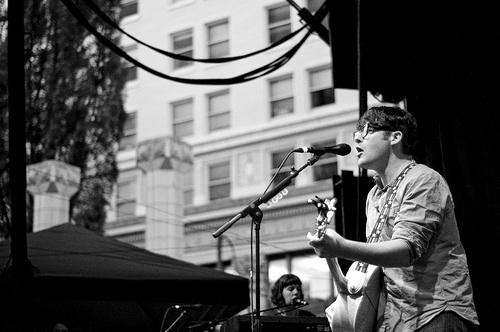 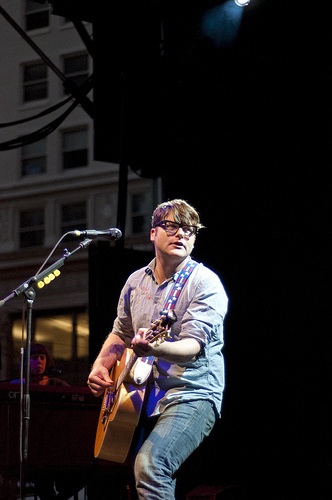 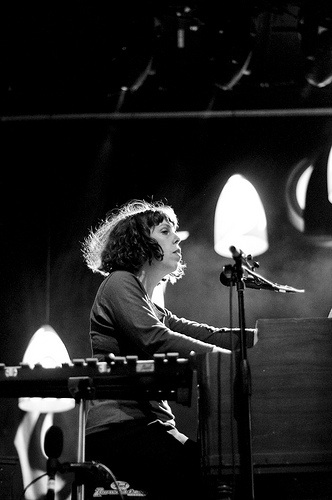 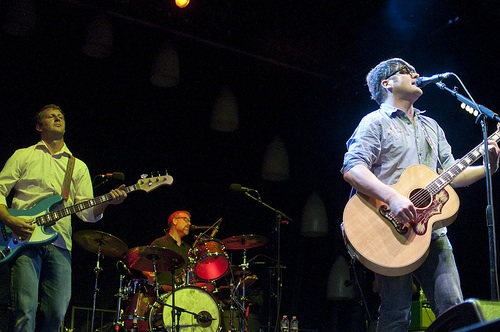 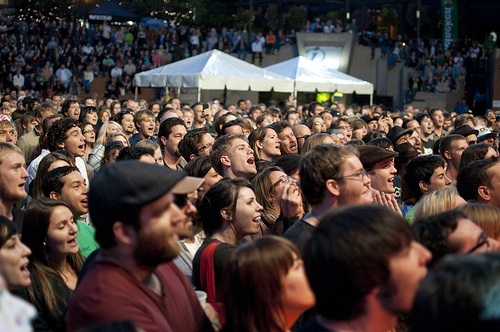 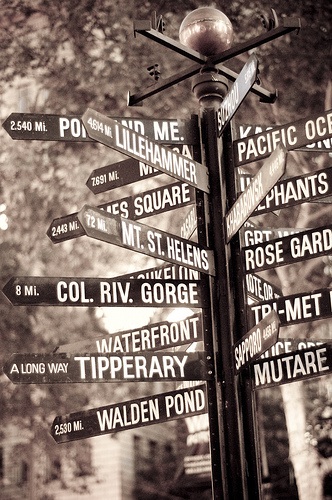 The Decemberists / Laura Veirs set was the big headline draw of the day over at Pioneer Courthouse Square, where an eager all-ages crowd packed every available seat and standing spot there was to be had. Some old favorites earlier in the set (“Billy Liar,” among others) set a perfect, positive-but-not-overly-upbeat vibe to match the falling dusk, and the Decemberists gladly sang us off into the nighttime with a few guest stand-ins from the lovely Laura Veirs to round out the sound. 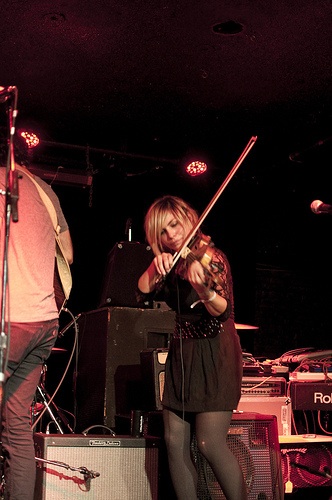 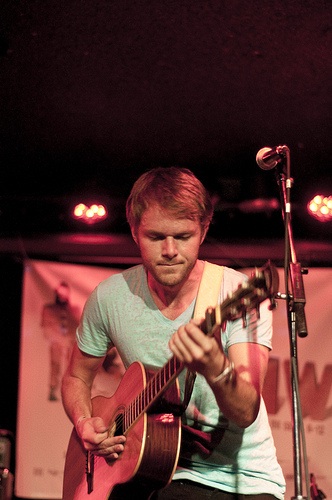 After that wrapped, it was straight over to Berbati’s Pan for the Head and the Heart’s most recent post-Seattle-scene-explosion show, and the entire SEA camp that showed up — imaginary and others — were curious to see how the buzz had filtered down to our sister city. As they took the stage, we turned around to the people behind us who were seeing the band for the first time. “Get ready,” we said. “You’re about to meet your new favorite band.” And true to form, our new favorite band didn’t disappoint. They did their magic, modern, heart-bursting brand of hope.indie.folkcore like only they can, and had the entire room rocking along by the time a few minutes had passed.

Seriously. There was dancing. 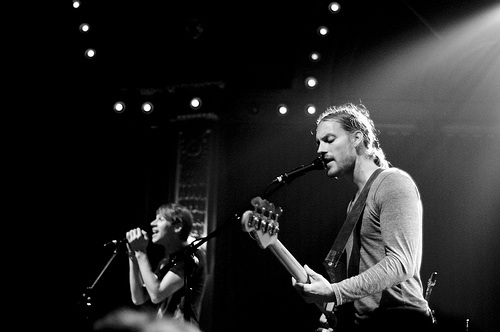 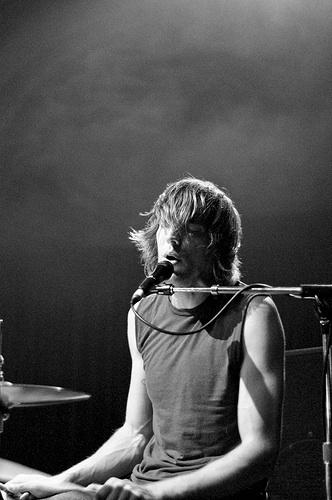 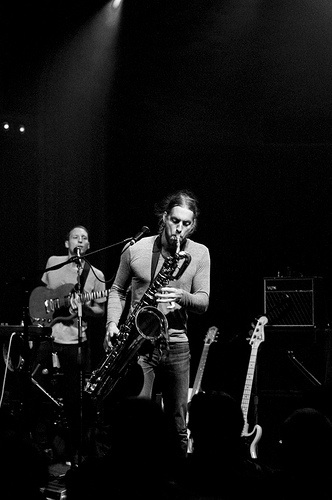 The HatH power set bled perfectly into our journey across town to the Crystal Ballroom, where Menomena annihilated a sold-out crowd as the end to an amazing night. There’s not much else to say in the way of all things Menomena so far as adjective and verse go, because their sound and compositions are like no other — and if you’ve seen or heard them, you already know. They’re a wall of sound, full of crazy fresh beats, soul-yanking lyrics and the occasional saxophone. (While we’re on the subject of not being able to describe them with due justice — in the even that you haven’t heard the two most recent albums, go get them. Now. And join the fold.)

{Believe it or not, there’s still more pictures from the weekend on the way! While you’re waiting for more MFNW photobliss, you can click on over to see the rest of Saturday’s shots here, and stop and say hello to Thursday and Friday while you’re at it. Viva MFNW!}