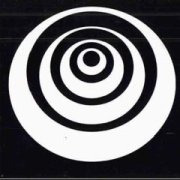 Most people think music writers are, at best, sycophants kissing up to their review subjects, thusly living their Rock and Roll fantasies through association, guest lists and free swag; or, at worst, bitter and frustrated musicians who snipe at everything and everyone they hear out of jealousy growing from their own inability to create quality tunes and/or find an audience for their own music. The truth is, kiddies, you're both right. So let me start by saying I love The Morning After Girls and their premier US release Prelude: EP's 1 & 2. Might I also add that I hate The Morning After Girls for finding the musical formula I've so longed to discover on my own. It's the kind of sound that holds hands with the pre-Franz garage pop the kids were so fond of for fifteen minutes in the early 'oughts' (The Hives, Mooney Suzuki), and still finds time to sleep with the neo-shoegazer thing that's about to be all the rage.

Within the first two songs (not including the short atmospheric introduction titled, strangely enough, "Introduction") we hear a mix of familiar "classic" rock hooks and structure with contemporary ambience and production similar to recent albums from Swedes like The Soundtrack of Our Lives or Division of Laura Lee ("Run for Our Lives") with (cool wrap-around) shades of the edge-of-chaos rawk of fellow antipodeans like the Lime Spiders ("Hi-Skies"). Sounds good, but sounds a little too familiar, maybe? Maybe not, as track four, "Hidden Spaces," surprises as a truly superior blissed out bit of hook-laden psychedelia straight out of the Jason Spaceman playbook (which really only has, like, two pages anyway), but still comes out a fairly unique sounding pop tune.

The rest of the album unfolds as a mix of noisy garage pop and tripped out neo-psyche that certainly breaks no boundaries, but sounds great, nevertheless. The distorted instrumental pop of "Fireworks" slides into the gentle comedown of "Interlude" back up to the vaguely jangly "Straight Thru You." The album is a compilation of their two previously released independent EP's, yet still has the solid ebb and flow of a well constructed album. The garage-y bits are familiar, but not cliché, the shoegaze-y bits don't let themselves get too buried in preciousness and guitar effects. The music treads a fine line between visceral and cerebral and treads it successfully.

The Morning After Girls make the kind of music that never wears out its welcome with me, following in a tradition that really starts in the sixties with the Rolling Stones and the Velvet Underground (they're a lot more alike than you think), saw the seventies through with The Stooges and Pere Ubu (again, a lot more alike than you think), made the scene in the eighties with the Bunnymen and the Mary Chain (surely you recognize the similarities there?), and finally the nineties with Spiritualized and the Brian Jonestown Massacre (I don't have to hold your hand through this one, I hope). Black Rebel Motorcycle Club got the 'oughts' rolling, and The Morning After Girls will keep it rocking. This isn't anything groundbreaking, but what is anymore? Quality is where it's at today, kats and kittens, and this piece of wax (or polyurethane… whatevs) has got that in spades.