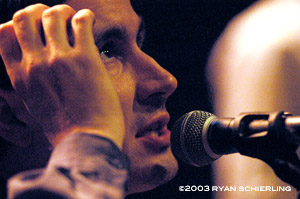 The performances were recorded in August 2006 and also feature an interview with AC Newman of The New Pornographers. This series was launched a few months ago and has grown to include series on Voxtrot and The National.

Here are the links to the Mountain Goats episodes: