Imaginary Chona and I tag-teamed MusicFestNW with her resident reviewer, RJ, recently. I covered the first few days and she hit the last few days due to some circumstances of her being “cursed” until Saturday. Somehow, she broke the curse and I believe has photos posted on the site. 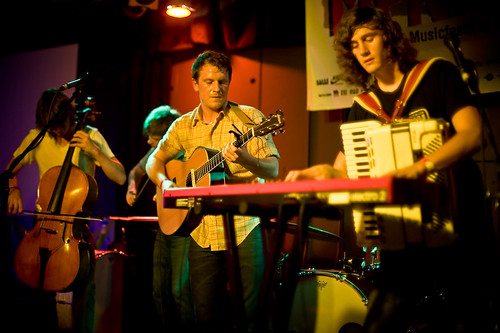 I made it down to Portland just in time to see Hey Marseilles a few songs into their set at the Ash Street Saloon. Apparently there were some sound problems early, but they were cleared by the time I arrived. The boys told me that they felt that the performance was a bit lackluster at first, but they made an unspoken group decision to just “rock the fuck out” for the rest of the set…and it turned out to be fantastic. The crowd really took to the Seattle Seven and promptly complied when lead-singer, Matt Bishop, asked them to get closer to the stage. 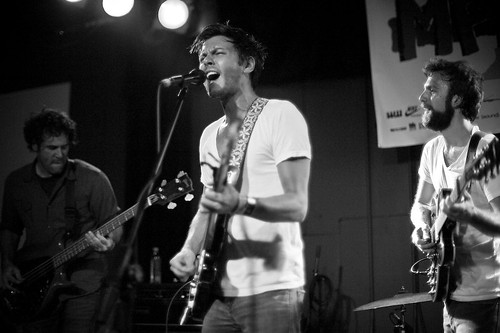 The Black Whales followed and kept the crowd from thinning out too much with their well crafted poppy sound. I’ve seen these guys a few times now and am excited to check them out again. I am eagerly awaiting their upcoming release. 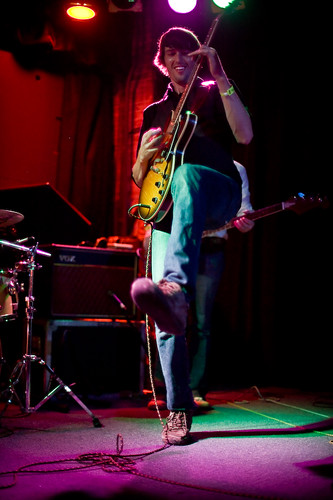 The rest of the night consisted of Derby and the Dimes, who were good, but the crowd had abated by the time they started and I’d hit my limit of working, driving, shooting all day. 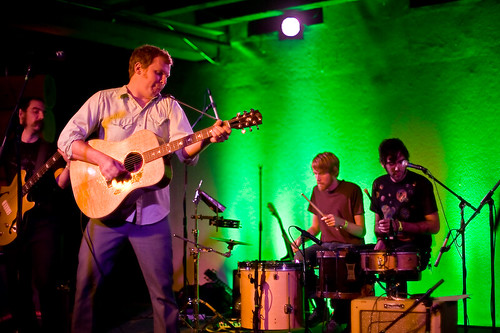 On Friday, I went down to the Doug Fir to catch some of the KEXP live broadcasts. Unfortunately, the Arctic Monkeys set was closed, and Sunny Day Real Estate had to cancel due to illness. I still had a chance to catch the Builders & the Butchers and Chairlift. After those sessions was an early evening show at the Wonder Ballroom with the Arctic Monkeys, with opening act, the Like. Sadly, even my super-duper press pass and photo pass was not good enough to allow me in with my camera to this show, so you’re stuck with the really cruddy cell phone pics that I was able to take. The Like are an all female band from Los Angeles who had some pretty fun songs, but might be hard to take for 40 minutes straight. I’d throw their stuff into a mix and shuffle, once their album is released. 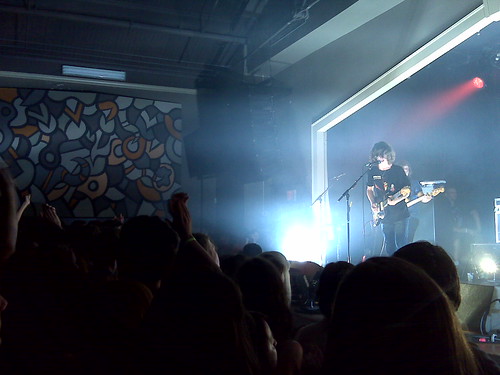 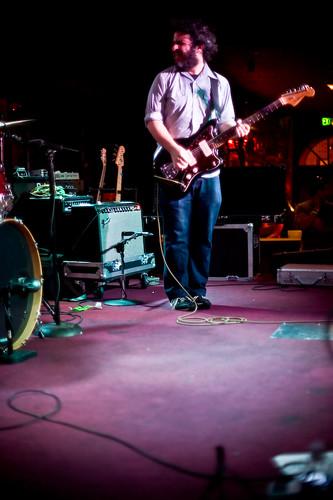 The Arctic Monkeys on the other hand, kicked ass. They are one of my favourite bands and they played for over an hour. Alex Turner and co. had the crowd wrapped around their fingers as they played decidely loud renditions of their songs. One curiosity I noticed was that they had nearly a dozen guitars with them, and would often switch them out between songs. They ended their pre-encore set with my favourite of their songs, “Do Me a Favour” that ends with the line, “perhaps fuck off might be too kind”. I had to jet at that point to get across town to my next show… The Long Winters, Viva Voce, Rocky Votolato and Say Hi at Berbati’s Pan.  Say Hi played a solid set, and seemed to win over some new fans. 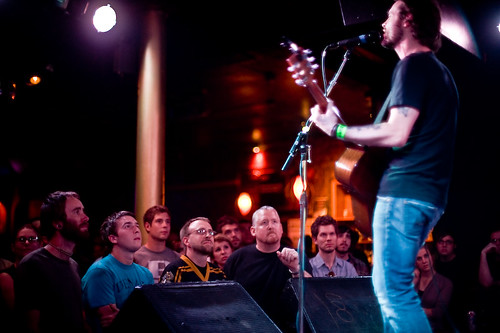 Rocky played a fairly stripped down set, solely on acoustic guitar and harmonica. 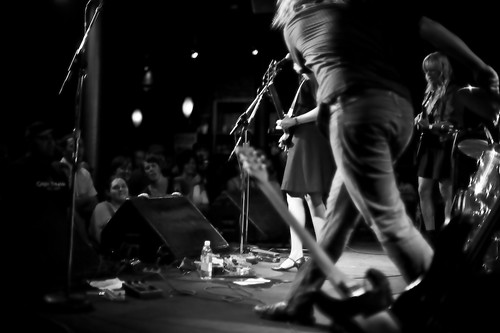 Local to Portland, Viva Voce seemed to light up the crowd the most. Kevin Robinson taking to smashing his guitar on the stage near the end of the set. 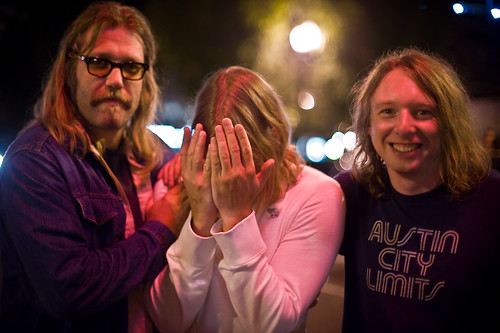 Sadly, I was so exhausted by this point, I reluctantly retreated for the door to head back to the hotel. However, right outside I ran into John Roderick and Eric Corson of the Long Winters. After apoligizing that I’d be missing their show, they posed for some candids along with Justin of Menemona for me. And with that, I headed back with my travel companion leaving the rest of the weekend to the no-longer-cursed Chona.