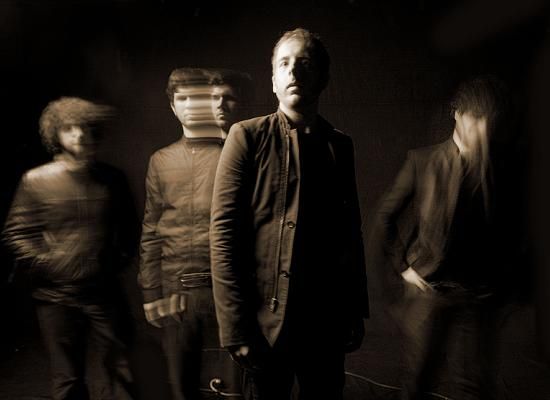 We all agree music sounds better on vinyl – but how does it sound on chocolate?

This has probably been covered on every single place on every one of teh internetz but it is awesome nonetheless:

Some of you may have heard but for those who haven't, Innerpartysystem is releasing a 7" of their single "Don't Stop" in the UK, and it's on chocolate and fully functional! The Pennsylvanian group will become the first band to ever release their single on chocolate, and have limited the run to 100 copies.

Here is a video of the vinyl being played and eaten, great music and a great snack…

I've been hooked on the song all day: electro, almost robotic dance rock that is very catchy. There are at least a couple of things I like about it. First, the singer gets more and more worked up as the song progresses but the volume of his vocals never goes up, it is like he's trying to break free and let his anger show but it never drowns out the 4/4 beat. Also, towards the middle of the song, when it gets to the bridge it sounds like it's slowing down and going to fade out but instead builds up and gets even crazier in the second half. Here's the video and listen for yourself.

Innerpartysystem will also be at El Corazon on Friday, July 25 with Kill Hannah. I may just have to sneak away from the Capitol Hill Block Party for a bit to catch them.