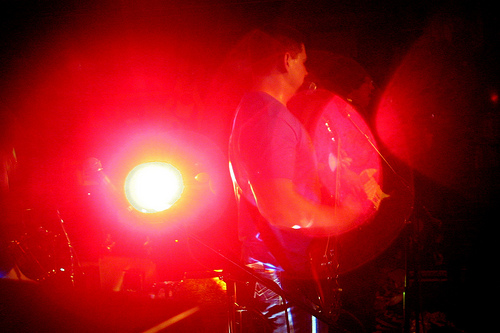 My dilemma: I'm going to try to do both Grudge Rock and Wehrwolve this Saturday, April 24 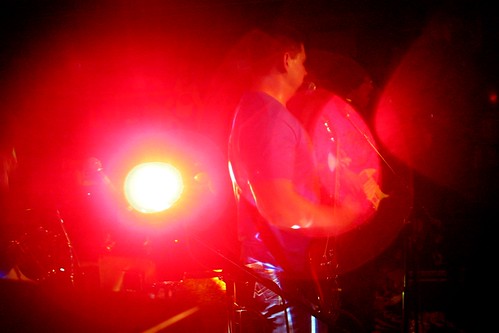 I am in luck that both rip-roaring shows are in very close proximity to each other, so it’s not the time-and-mind-squeeze it could have been. But this Saturday night, April 24, my favorite band-and-trivia driven contest/concert Grudge Rock is happening at the Crocodile about the same time as my new favorite Seattle band Wehrwolve is playing at the Rendezvous. I will make it through somehow, possibly killed by over-enjoyment imminent in Belltown that evening.

Here’s the drill again on Grudge Rock: Two local bands go head to head on a Rock ‘n’ Roll family Feud, with all the questions being about MUSIC! A very Three Imaginary Girls kind of community spazz attack. One band will win all the prize money, and the other gets a set of steak knives, you bastards! (And coffee’s for closers!) Just kidding, the LOSERS get consolation prizes. The important thing is that both bands play live, and that it’s hosted by velvet voiced and sexy mutton-chopped Professor Jake Stratton, who unlike Richard Dawson doesn’t try to kiss everyone but instead flies the flair like he does as BloodHag vocalist (RIP now, unfortunately), and Rat City Rollergirls announcer.

This time featuring We Wrote The Book On Connectors  a band I can’t get enough of live (and would love to hear a CD from), which features one of my favorite people in the whole world, Ben Baier, a bass player and vocalist as great as he is lovable and crowd happy-making, versus At The Spine, a band I know nothing about! Okay, let me check around for a minute. (Hmmm, My Space. One moment. Hey, this is a nice page. Duddy doo. OK.) Oh Good Lord! They’re the ones who rocked the Neil Young tribute night at The Crocodile a few weeks ago! I love them too. KEXP has played them, and they have a new album out called Vita I’ll have to hear as well. When bands give me their albums I can write more things about them in places like this!

Meanwhile, I have no idea who would sponsor the Rendezvous show from Werhrwolve up the street a little later; we will have to wait till peyote is legalized to probably find that out. Because this band is honking freaking grokking strange! Speaking of strange, The Stranger itself (or Dave Segal, specifically) this week wrote about in a preview of this long-awaited CD release, “Composed of primary songwriter and multi-instrumentalist Anders Covert and vocalist/keyboardist Rachel LeBlanc, Wehrwolve are about to release their second album, Interstellar Spaceports Lost,” which he describes as “a nine track excursion into the vast, enigmatic somethingness of space rock’s furthest reaches.” And he’s absolutely correct, if I may agree. I love the Major Tom textures and opiated drive through space debris molasses and delightful stardust-overdosing imploding of Wehrwolve’s sound. Hyperbolic descriptions aside (Never! OK, just this once), Wehrwolve has probably just released just my favorite progressive not at all indie pop but really catchy Seattle band of the year’s debut! You know what? They should give me a CD! I’d play it lots! (In full disclosure, Rachel LeBlanc used to help out with Three Imaginary Girls, before an ecstatic third eye opening-event at a Bumbershoot a couple years back led her into the clutches of this really good, mind-gnawing noise cult.)

The four one ones:

Wehrwolve plays with Prehumanity, Grape Attack, the Fruiting Bodies at the Rendezvous, the same night, but as they are headliners I will probably make both shows! Happy ending after all!

Which way are you headed this Saturday night? The imaginary calendar shows there are a bunch of options: