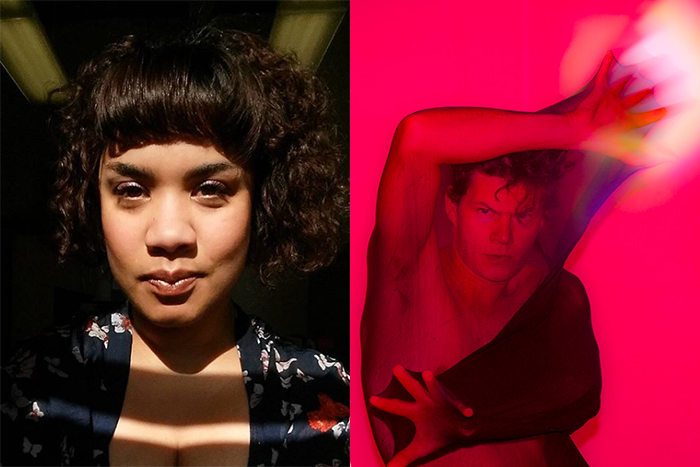 Local treasure Taryn “Hot Legs” Dorsey has been EVERYWHERE in the Seattle music scene. She got her start behind the skins in the explosive all WOC locomotive punk band NighTraiN. Back when they started up in 2008, Seattle’s current riot-grrl-esk rebirth of strong female fronted bands was just getting started. NighTraiN burst out of the curtains with fierce licks and jarringly fun lyrics you could chant to like “Chevy Chase all over my face!” They were here to prove punk rock wasn’t just for cis het white boys anymore. They called it quits a few years back and we miss the shit out of them!

She later took on the role of frontwoman for latest project Wiscon, whose garage-y pop punk has a distinctive sci-fi 60’s party feel to it. Her bubbly, soul filled vocals grab on to you and won’t let go until you’re dancing along with them. Taryn truly found her voice with Wiscon, and their high energy live shows garnered them sets at local festivals, Art Zone and KEXP’s Sonic Reducer.

It’s the end of the line for these beloved pop-punkers and they’re going out with a bang at a prom themed last show! They’re releasing “their new, best, and last EP,” The Finish Line, and physical copies will be up for sale. Listen now below!

In Taryn’s own words: “My time with Wiscon has been my childhood dream realized. I adore my mates and I’m excited for their new projects.”

Best of luck to all of Wiscon! Party down with them at The End of the World Prom this Friday 5/11 at LOFI with Clutch Douglass, Skates, and Gibraltar. Base Tan (Rachel Ferguson and Taryn) will also be DJing so you can dance through the bittersweet tears.

Another former drummer who’s moved to the forefront at the mic, Ian McCutcheon’s deep croon will sound, dare I say, FAMILIAR, to many in the local scene. He got his start beating the hell out of his kit in Kithkin, sharing booming vocal duties with his three bandmates within a foreboding forested Northwest soundscape. They had a pretty good run, tearing up plenty a music festival stage. Their live sets often ended in full on percussive love fests, as the band chucked shakers and tambourines straight into the audience.

On his newest project, Familiars, McCutcheon is no longer confined to the limited space behind his drumset. He’s truly exploring what it means to be a vocalist, stalking every inch of the stage and showering the audience in honest, soul bearing lyrics. Familars new EP is major departure from Kithkin, with distinctly bright new wave synth pop that begs for your immediate attention. They’re so new in fact, I can’t even find a live video. Cutting Edge TOE PICK INDEED.  Check out their newest release Digest Self, recorded in a cabin near Mt. Rainier by former Kithkin bandmate, Bob Martin.

They’re currently writing new music, and lo and behold ALSO have a show this Friday, May 11th. Check them out live at the Black Lodge with Strawberry Mountain and The City Hall.

In fact, you can check out BOTH of these recommended shows since the venues are RIGHT NEXT TO EACH OTHER YOU GUYS. Boom. Friday night is solved.

Join us for NEW WAVE NIGHT on June 17th at Chop Suey to catch Taryn and Ian singing some of their favorite New Wave covers. It’s also Three Imaginary Girls’ 16th Birthday! Continue the celebration after the set with all New Wave Karaoke and a New Wave Dance Party. YES!  Click here for more info!