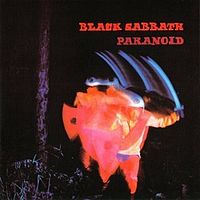 Has anyone been following this story?

It is my favorite news story all week:

FARGO, N.D. – Some fans who turned out for a party before Monday’s Ozzy Osborne-Rob Zombie concert found out they’d been handed tricks instead of treats by the law when sheriff’s deputies crashed the party.

The approximately 40 people who answered letters of invitation turned up at The Venue at Playmakers for what they thought would be a festive party before the big concert at the Fargodome.

Instead of partying down, attendees were arrested on outstanding warrants. “It was more of a warrant party,” Laney said.

“Some actually thought it was pretty funny,” he added. Others were upset, with a couple who turned hostile. “I think they were upset with themselves for being had.”

Amongst those who were upset with the sting was the Wizard of Ozz himself. From MTV News:

"Instead of holding a press conference to pat himself on the back, Sheriff Laney should be apologizing to me for using my name in connection with these arrests," Osbourne said in his statement. "It's insulting to me and to my audience and it shows how lazy this particular sheriff is when it comes to doing his job.

"Sheriff Laney went out of his way to tarnish my reputation by implying that I somehow attract a criminal element, which is certainly not true," Ozzy continued. "My audiences are good, hard-working people who have been hugely supportive of my music for nearly four decades. They have also been very supportive of my wife Sharon's colon cancer charity by raising over a million dollars (partly through VIP ticket sales) at my shows. It's obvious to me that this sheriff has an agenda and is just trying to make a name for himself on my back."

Hat tip, as per usual, goes to Idolator.