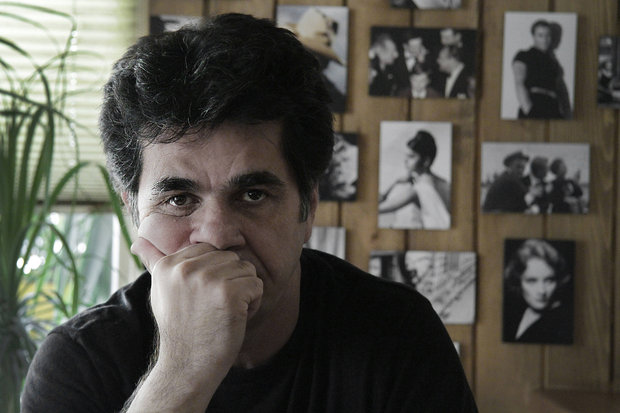 This Is Not a Film

I've been wanting to see This Is Not a Film since hearing about it last year when it premiered at Cannes. Smuggled out of Iran on a USB key secreted within a cake, it's sadly the last thing the world may see from director Jafar Panahifor a long, long time.

Sentenced to 6 years in jail and a 20-year ban on filmmaking, the day in the life picture was shot by Jafar at his apartment as he struggles with the pain of waiting as his appeal is processed. The banality of life going on while his existence as an artist is crushed by that state is a staggeringly effective juxtaposition.

For much of the film it's hard to imagine how Iran's government sees a major threat from this gentle man. Who on one level putts around the house, while occasionally being climbed upon by the family pet Igi. By the end though, as you stand back and absorb Panahifor's ability with a professional camera (and occasionally an iphone), the threat he poses takes on true formidableness. Combining a slice of life in a distance land, great personalities, a workshop on filmmaking, and enough awesome iguana time to satisfy Herzog — this is a lot of value for 75 minutes of your time. Even without the underlying political repression which one rarely gets to see in such a personal way onscreen. If you love Iranian film, film, or simply intellectual freedom This Is Not a Film is a worth a trip out to the theater this week.

The picture opens with a fixed camera focused on Jafar. He's eating breakfast, and even his process of methodically putting jam on his toast is oddly engaging as each step appears well considered. This same man later conducts a mini master class on key shots from one of his earlier films while watching a DVD on his living room television. Proving the careful consideration demonstrated from the first moments extends well beyond a considered breakfast routine. While eating, he takes a call from a friend and asks him to come and visit, but not to tell anyone. Waiting, he putters around occasionally, stopping to set his camera down with a view of the room, or of another phone call. Over the next hours we follow Jafar throughout the apartment that is his prison. As far as jails go, it's rather posh, certainly nicer than what awaits him if his sentence is upheld — a topic he discusses by phone with his less than optimistic lawyer. These conversations provide the framing that even with the more restrictive laws of Iran, the charges against him are purely political. As such the attorney hopes that outside influence/pressure might sway the court. But she holds out little hope for a full reversal.

After a bit, Mojtaba Mirtahmasb arrives and takes on the role of holding the camera, an act itself of great bravery under the circumstances. Jafar, freed from the camera's static setting, tries to act out a scene from his latest screenplay to be rejected by government censors. Arguing that telling a scene from a screenplay isn't filmmaking. Laying out a "set" with tape on the floor and painting a picture with words alone. Eventually he abandons the effort, itself about a young woman locked in a house for wanting to leave. Giving up with a statement that if reading a script like this worked then people wouldn't film them in the first place.

Parts of the rest of his "day" are filmed, or at least cut together, to present a seamless narrative. Mostly via a professional camera but with that camera sometimes observing him filming the world through his iPhone. "It's important that cameras are ON" – a sentiment that Mojtaba and Jafar agree together at the start of the piece's final act. And clearly one that is behind the problems that caused this cinematic protest. In the picture's final moments Jafar turns the camera outward towards a young man who comes to collect the garbage. A university student that is helping out his sister amongst a slew of other odd jobs, the two ride the elevator together and reminisce about the day of Jafar's arrest and collect the building's garbage. At least until the reach the boundaries of the building beyond which cameras are unwelcome bringers of trouble.

The closing credits that follow are a sobering reminder of the status of free expression and association that still exists in much of the world. While the two principals are of course identified most of the remaining credits, thanks and so on are simply represented by anonymous dashed lines. And for good reason – clearer even more so now than when the film was conceived.

Taken as a whole it is a fascinating, sad, and often charming affair. It may not sound like much, but the composition, manipulation of the apartment environment for the film's purposes, and first-hand view of Jafar's frustration makes for a uniquely watchable work. Call it a film, or a piece of non-violent protest. Either way it works remarkably well at demonstrating that in filmmaking, creativity loves constraints. See it because it's a great piece of work. Though sadly one that I wish never should have had to have been made.