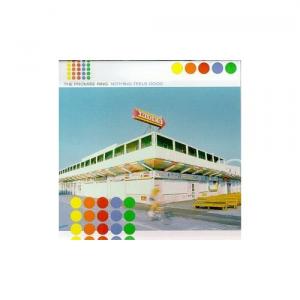 "Nothing Feels Good" by the Promise Ring

So, its been almost a fortnight of being sick for me. This illness has manifested itself, at this point, as an ear infection that has left me enjoying the world in glorious Mono sound or as if I was in a large, muffled chamber. This infection is apparently fascinating to the medical community although, as a patient, I can't say I was too excited to have my doctor say "Oh cool!" when she stuck that look-in-your-ear-a-ma-bob in my ear. Sure, I'm excited that my doctor gets intellectual satisfication out of her chosen profession, but I would prefer for her to come to a quick conclusion about why my head feels like someone/thing is attempting to burst out of it in a rather violent fashion. The point being: ever try to listen to music when your head doesn't work? I'm going to have to go back and listen to a bunch of discs I've gotten in the last few weeks and hear them all over again. It seems very fitting that today's spin was "Nothing Feels Good" by the Promise Ring for two reasons: (1) the song title is fitting; (2) the song really doesn't have much too it, so whatever I was missing due to my ailment, well, probably wasn't much. The Promise Ring falls into that "lost generation" of indie rock that carried the banner while the genre was trying to find itself again in the last 90's – I just wish I still liked them as much as I did then.