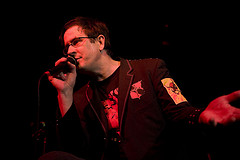 Mountain Goats & Kaki King: Not the last happy night of my life

The show was packed. The Satanic Messiah EP, sold out.  Near impossible to gain front row access, so it was up to the bar with me and my pals.

Kaki King’s style of playing is breathtaking to witness. The tapping and plucking, by all fingers, everywhere, is amazing. She began the set solo, then band members slowly joined her. From the back bar in the Showbox, my boyfriend got really excited for a moment, thinking the longer haired Wurster-esque drummer was indeed the notorious caller of “Best Show in WFMU” and Superchunk fame. After careful scrutiny and lengthy discussion (please know we both have TERRIBLE eyesight) we decided that it simply couldn’t be Jon Wurster.

The songs with little to no vocals were my favorites from her set. I liked the “regular” songs just fine, but was incredibly fascinated by King’s guitar playing and found the vocals distracting. Also working against everything – the impending Mountain Goats set.  There were only the two bands, so Kaki King & Co. were able to perform for a “proper” length of time.  Before Kaki King’s set was over, Laura (photographer) and I made a mad yet respectful dash for the floor, in order to attempt some sort of two person invasion of the front rows. She was able to after befriending a kindred spirit, while The Boyfriend and I hung back a few people from the front.

O’ Mountain Goats.  How much do I love Ye? Are there numbers that reach high enough? Words can not adequately describe the affection I have, from the very bottom of my soul, for the Mountain Goats. The pure unadulterated love I feel for that band is immense. From the first sighting of Jon Wurster and Peter Hughes climbing the steps up to the stage and finding their marks – signaling the crowd to explode into riotous applause and fanatic cheering.

John Darnielle has a high tolerance for song shouters and garbled yelling, responding and disregarding with skill. When he walked onstage, it began. You know, “it.”  The goodness. Brilliance. Et Cetera.

Two of my favorite jams from that night were “Going to Georgia” and “Autoclave.” “Lovecraft in Brooklyn” was excellent as well. “The House That Dripped Blood” got me all swoony, in complete love with Darnielle’s nasal vocals. I wrecked my throat yelling “YAY” when JD announced they would next be playing one of my very favorite MG songs, “Pigs That Ran Straightaway Into The Water, Triumph Of.”  By the lines “And you send your dark messengers to tempt me / I come from Chino so all your threats are empty” the crowd around me were dancing and loudly singing along, some with arms and fists in the air.

In the middle of the set, Kaki King came back onstage and joined the Mountain Goats to perform their newest project/release, The Black Pear Tree EP. This kind of killed the mood, so to speak, for me. While I was eager to hear this new EP, I wanted more to hear tried and true Mountain Goats concert classics. It was good – I am sad I didn’t pick it up that night – but it cut the “true” Mountain Goats set shorter, which was a bit disappointing to me. Especially so, since I had to leave before the band came back for the encore.

Don’t get me wrong, I had a great time. I enjoyed the show. I got to see the “usual” band of characters usually seen at Mountain Goats concerts in Seattle. One girl in particular became so incredibly ecstatic she whirled around and made out with a young lady behind her. It was rad to see someone experience music so completely they lose their minds for a moment. 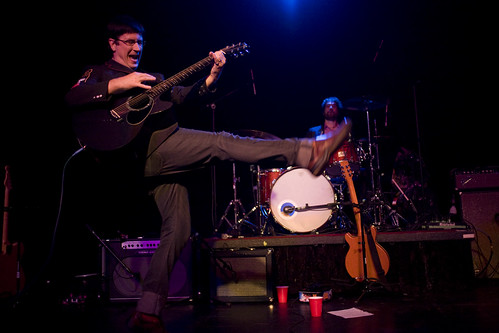 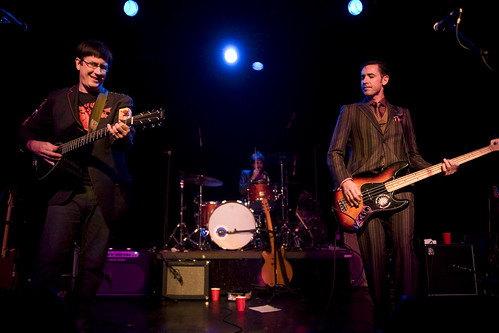 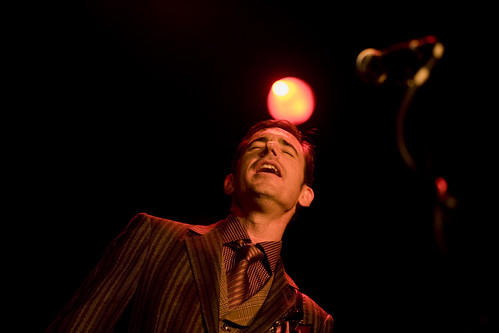 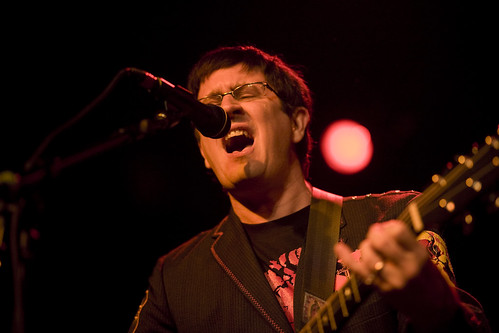 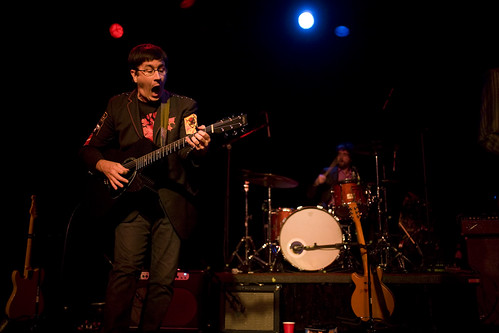 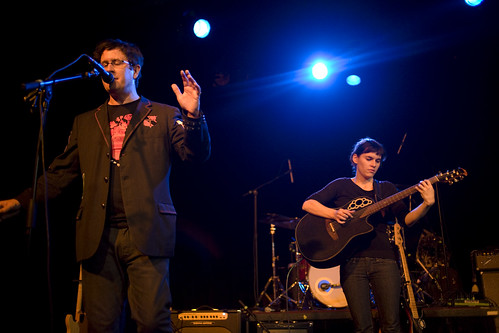