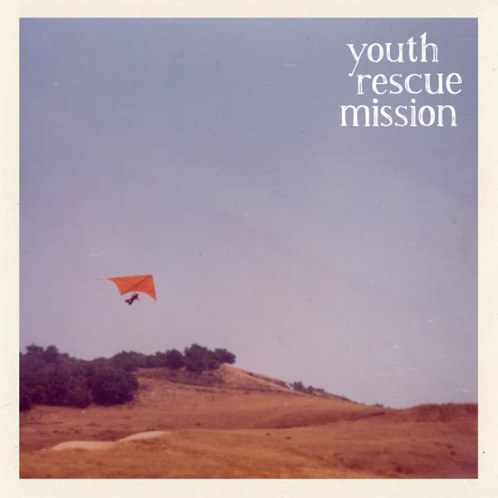 Now hear this: Youth Rescue Mission will fracture your heart.

This is so much more than a recommended show and a ticket giveaway, even though *technically* this post is all of those things.

We’re coming to you bright-and-early this fine Wednesday morning to talk to you for a moment about Youth Rescue Mission. They’re new to the concert-going masses, but if you’ve kept an ear to the ground, you’ve seen them here and there about town as far back as one of the Collective Presents shows last year out at Columbia City Theater, where they played for free and wowed a full house. They’ve scored some bills since, picked up a bit of airplay on KEXP, and as of this week, are hitting the streets with a debut album: it’s 39.4 minutes of some of the most emotionally entrenched new music we’ve heard this year. No kidding.

It could be the (sounds like) twelve-part harmonies, it could be the wave of alt.indie.earnestcore that’s been sweeping the town lately, but whatever the hell it’s technically called, we’re filing it under LIKE. Caps Lock Intended. There’s a seamless element to the sound of this ten-song effort that’s likely brought about by good production and a family affair (a fair amount of the band members are siblings), coupled with an urgency of tone in the vocals and a catchy instrumental underpinning that makes you want to open up the proverbial vein for more, more, more. “Very Nice Things” starts up the album with a goosebump-inducing level of honesty, “Problem Solver” is a surprise picker-upper, “Great White” has high moments that show you what the band is really capable of, and “Dark Star” (no, fellow Heads, not a cover tune) closes out the journey as a good closer should, with a near-flawless flourish and an element of flat-out longing. Obvious verbage, perhaps, but there’s really no other way to put it.

Simply stated, anyone who’s ever had an emotive pang in their gut at any level needs to give this album some time — 78.8 minutes, to be specific, which is just enough to listen through twice for the things you didn’t catch the first time. And we know there’s a veritable plethora of things going on Saturday night (ahemreallygreatshowattheCroccoughcough), but if you lace up your running shoes, you can probably hit YRM’s set up out at Columbia City Theater to start your night, and still make it over to a good part of the Damien Jurado / Viva Voce show out in Belltown. And to entice you to do just that, we’re giving away a pair of tickets for you and your +1 to start the night off right out at CCT! Amen!

Just shoot an email to tig {at} threeimaginarygirls {dot} com with the subject line “VeryBigGarden” sometime between now and noonish on Friday, March 4th. We’ll choose a winner at random and email you to let you know that you and your of-age +1 are on the guest list for the show — easy-peasy! Of course, if you don’t want to gamble, just mosey on over to Brown Paper Tickets and pick yourselves up some passes for the show. YRM are taking the stage with Heartwarmer and Grand Hallway, so the $10.00 price is well worth every penny you’ll be laying out.