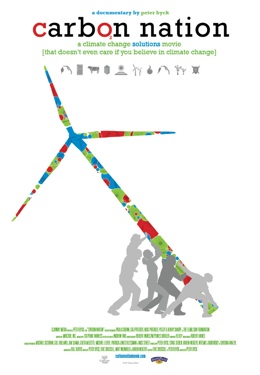 It’s a tricky business getting people to sit down and watch a movie about climate change – it sounds boring right? Or maybe you don’t believe in global warming, or care about the price of oil, or whatever. Carbon Nation strives to change all that by billing itself as “a climate change solutions movie [that doesn’t care if you believe in climate change]”. Basically:

“So, you don’t give a damn about the environment – do it because you’re a greedy bastard, and you want cheap power.”

Based on the tagline, you might think this film is full of quirky, hipster-esque references to being an environmentally responsible person, but actually it’s way cooler than that. Director Peter Byck interviewed a variety of colorful characters that suck you into their way of living to show you that even the littlest things can make a difference – mostly for YOU, but hey, guess what? They might change the world too.

It’s worth a watch just for the sheer entertainment value. Head over to SIFF Cinema this Friday {3/4} through next Thursday {3.10} and see if you learn anything new. $5 for SIFF Members, $10 General admission, with screenings @7:30pm (+ a 2pm matinee on Saturday & Sunday for $7).