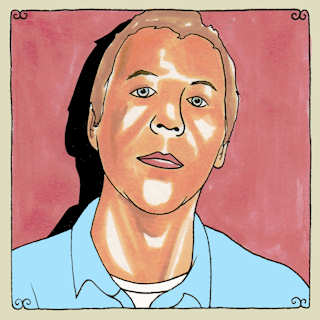 Now playing on Daytrotter: the sweet, sweet sounds of the PNW

No, we’re not announcing some kind of fantasy festival lineup — we’re talking about Daytrotter. Which is, simply put, one of the best free music download sites out there on the internet today. And if you’re not hip to it already, you should be: the performances are live, the choices of bands are impeccable, the art is often brilliant, and the product doesn’t cost a dime. It’s as if every rad band that passed through KEXP took their in-studio performance and made it available for a download, for free, with no catches and no gnarly advertisements.

Daytrotter is, in a word, rad. And to up the ante, over the last few months they’ve had a few of our favorite Pacific Northwest bands come through their doors — so in the event you haven’t popped your DT cherry yet, here’s some sessions to start with, along with the lovely words penned by the fine folks at the site to accompany them:

The Head and the Heart

Seattle band The Head and the Heart lives for the lovely confusion of continuous misinterpretation of what it means when we feel certain things in the various spots where we feel them. They don’t let dreariness creep into the conversation, but rather they find that the shafts of golden light that stream into their eyes when they’re needing it most are signs that comprehension is overrated. There are places that are so familiar that they’re healing, in some way. {more}

The Moondoggies write music that takes us deep into the fields, where the stalks of grain or the wild grasses of a prairie reach to above our heads and we’re hearing the sound of a hissing wind and, if our senses were more attuned, we’d smell the dirty fur and feathers of all kinds of hidden animals, out there with us. It’s a feeling of being lost in our own thoughts – or lost in their thoughts. They’ve kindly built a little fire for us and they’ve also very kindly called upon their old friend, the full moon, to provide us with a night light to shine down so we can see where we’re stepping, for the most part, and where we’re pissing, when the urge to do so overcomes us. There is a softness in the group’s rustic drumming up of the echoes of the soul that are floating off of the nail pegs of their barn rafters. They feel as if they’re moving towards us and then into our eyes and ears, like phantoms that pass through us like invisible butter knives, slicing us through the abdomen, getting at our guts. {more}

Aerosmith’s Steven Tyler just released his autobiography under the title, “Does The Noise In My Head Bother You?” and Vanderslice could pen his autobiography with a title that makes a play on that line of thinking, perhaps, “I’ve Never Felt Closer To The Noise In My Head Than I Do Right Now. Come On In And Join Us, Friend.” Vanderslice is a mad scientist of melodies and intricate lyrical landscapes that seem to come out of his mouth and hands as fully formed movements, songs that could leave a hungry man or woman passing on desserts and feeling stuffed for days. They seem to take us like lightning, a whiplashed journey through the entire spectrum of the human condition in every three, four or fine minute segment. It seems as if Vanderslice never leaves out a single detail, telling or showing us all of the colors, all of the smells, describing all of the agitated and tense muscles as well and icing everything with the appropriate amount of dramatic flair. He takes us to skies that are burned out, to skies that are as crystal blue and mesmerizing as they come and to places that have skies that we’d never care if we’d never see them again – cold and bare and the hue of a hare’s fur coat. He brings the moonlight into his music, or lets it out, depending on the situation. Either way, his songs are cast in a blue-white glowing that could just be the reflection off of his ever-warm spirit. A man that you can’t help but feel an immediate connection to and friendship with, Vanderslice keeps his darkest feelings for his music, but them spins those fears to still sound like particles of dreams. {more}

She sings on, “Against The Law,” “Gonna eat you up like a piece of cake/Even if it was a big mistake/Baby baby won’t you be with me/Gonna suck you up in a straw/Even if it was against the law/Baby baby won’t you be with me/I don’t know what they saw, but it wasn’t against the law,” and it sounds filthy. It sounds like it most definitely WAS against the law. We’d lock her up just on conjecture and the texture of the message alone, delivered as it is in a swampy jazz number that reeks of hot loving and tumbling around in the darkness. Her specialty is a number of things, but Ford sticks to a mountain-like soulfulness that’s combined with an old-timey feeling, sock-hop sound that comes out as if it could have been on the same bill with Sam Cooke back in the 1960s. She sings of dangerous men and dangerous women, but they’re heard here as the lights that everyone’s drawn to like summer bugs to that buzzing purple haze, not the kinds of people that we legitimately try to avoid or think twice before hooking up with them in a fit of passion. It’s fighting the dangerous impulses that never happens. Ford’s songs are all testaments to giving in to those urges, to being someone unlike yourself, if only for short periods of time, putting on different faces and personalities and just letting all of those inhibitions flow out like spiders. {more}

We sure do feel off-balance a lot. We’re this way and we’re that way, hot, cold, indifferent, all at the same time. We change our minds all the time and we let ourselves get away with it. It’s others that hold us to our guns, but it’s a continual morphing from this person to a different version of that person. We can’t control many things and it leaves us fluttery, twisting in the breeze. Seattle songwriter, David Crane, the leader of the band BOAT, gets carried away with the contradictions that beset him – the wanting, the needing, the grey matter. He sings at one point that he’s a “warm-blooded man” and the description should never be lost – that idea that, if the blood’s still warm, there are many things that wind up out of our hands. It’s what leads to many things, this inability to control what develops in our dark caverns, in the windowless upper register. {more}

I picture him as this man who can’t control his happiness, his joy because he can’t help but carry around so much of the despicable and unwanted sadness that he’s never been able to get rid of. He just totes it around with him, like a homeless man shuffling through the big city streets with a commandeered shopping cart loaded and draped with all of his earthly belongings – there with him always – as protective of his trash as he is of his treasure. Bare Jr. seems to protect his pain as much as he protects his happiness and it comes out in his music in the form of a worried heart. It’s a worry that he won’t be there for the ones he loves and that the ones he loves won’t be there for him when he needs them the most. And there might not be a scarier feeling in all the world – this feeling, not necessarily of being alone and forgotten, but of being alone and remembered or alone and remembering and completely fucking helpless. {more}

With all these local acts — stepping back further into the archive, you’ll find beautiful sets from David Bazan, Damien Jurado, The Dutchess and the Duke, and imaginary all-time favorites The Long Winters — and more, we can’t see any reason why you shouldn’t spend your Monday morning digging through these virtual crates for your new favorite recordings.

What are you waiting for? Get downloading!