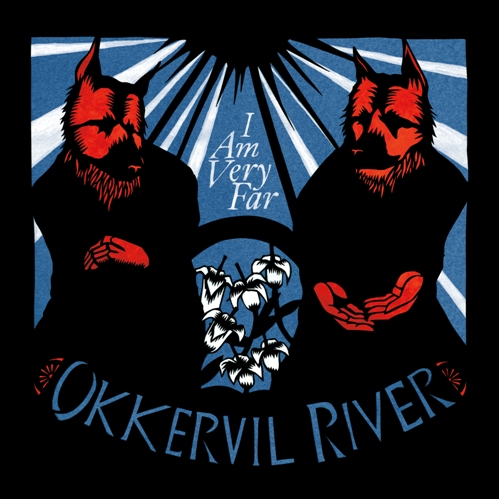 There’s so much Okkervil River goodness going on about the ‘nets, we almost don’t even know where to start. First off, the band is going on tour. TOUR. Glorious t-o-u-r, with a date at Seattle’s newest old venue, The Neptune (out in the good ol’ U-District). First, though, they’ll be making some stops at SXSW and popping over to Europe right quick — full tour dates are listed after the jump.

Speaking of, there hasn’t been a ton of official word about the Neptune, short of the collective sigh of relief that went up when the city heard that STG would be taking it over. Rather than speculate, we caught up with Amanda Bedell to get the skinny on the show and on what was going on behind those famous doors:

Okkervil River is the first show we’ve announced… [and] additional engagements will announce in the coming weeks, with shows beginning as early as May. Here’s a quote from our executive director, Josh LaBelle that explains more about our strategy and timeline for soft opening and grand launch:

“We want you to be aware that although the doors aren’t open yet, you’ll start seeing announcements for shows and events to be held at The Neptune Theatre. We’re using the spring and summer months to test the venue – tweaking and making minor changes as we go along,” said Josh LaBelle, STG Executive Director. “This soft opening is to set the stage for our Grand Launch, scheduled for Fall 2011.”

Rumor has it that we’ll be getting a sneak peek of the theater’s inner workings prior to the official Fall opening (even though many of you will see some shows there between now and then), so stay tuned for more news! You’ll know more when we do. Promise.

Second-ly, but really still part of the first part, is the new album that the tour is backing up called I Am Very Far. We’ve heard some clips here and there, including catching a video from the stop the band made in January on the Jimmy Fallon show, and so far as we can tell it’s nothing short of an A+. OKR’s sound is evolving and maturing quite nicely, in our humble imaginary opinion(s), but don’t just take our word for it — they’re offering up the newest single as a free download if you’re willing to give up an email address. Just head on over to http://okkervilriver.com, click a few clicks, and get that business up into your inbox.

Here’s those tour dates, for our local, country-wide, and overseas readers — depending on where you live, you’ll be catching Okkervil River with Titus Andronicus (*), Future Islands (#), Julianna Barwick (&), and/or NewVillager ($).

We’ll see you out at the shows!