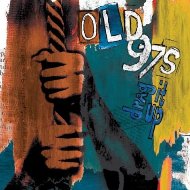 Hearing a new record by the boys in the Old 97's is like coming home again after a long trip away. Upon returning, your first desire is to visit all of your favorite haunts — the local cafe where you sip your morning wake-up in a mug, the record store you frequent to rifle through the newly stocked used bins, the dive bar down the street that serves up stiff drinks to help lull you to sleep. Coming home to the 97's is similar — Rhett Miller's distinct warble and smart lyrics of love and life, Ken Bethea's trademark jangly guitars, the combined frenetic energy of the rhythm section (Murry Hammond on bass and Philip Peeples on drums), the rock-and-rollers to kickstart your heart, the quiet lullabies that drift you off to dreamland.

Despite a hiatus between 2001's Satellite Rides and the latest release (a time that saw Rhett release his own less-than-applauded solo debut, The Instigator, as well as side projects like Ken and Philip's band The Scrap Hotel), the group still churns forward. And that is the wonder of the Old 97's. Through their 11 years on the music circuit, they just keep persevering. They've never had a lot of mainstream attention (a fact that is unfathomable to myself and a group of diehard fans). But they keep putting out records — great ones.

The newest, Drag It Up, is hardly an exception.

The disc opens with the rousing "Won't Be Home No More," kicking off "Drag It Up" in the same way "Timebomb" opened 1997's "Too Far To Care." But one thing is strikingly different in "Drag It Up" from the other recent releases: this album was recorded on only eight tracks, compared with the plethora of vocal tracks alone that Satellite Rides or Fight Songs feature. This is the 97's stripped down, and it sounds superb. The mix may be a little unbalanced in comparison to the sonic depth of Too Far To Care, but the effort is charming.

The album hits a few low points, including the randomness of "Coahuila" (singing about chicken raviolis and microwave ovens?). But soon it's back on its feet, and the disc drifts into quiet pyschedelia with "Valium Waltz."

"Adelaide" and "Friends Forever," back-to-back near the end of the record, are my personal favorites. They epitomize the enchantment of the 97's' softness ("Adelaide") and the fast-tempo, feet-stomping, powerhouse rockers ("Friends Forever") that make the boys huggably lovable. Lyrics like, "was not a stoner nor an inline skater/was not a player nor a player hater" ("Friends Forever") can't help but put a big, cheesy grin on my face.

And while they may be now singing about kids and parenting versus being "lady killers," this is still the band we remember. They may not have all the bells and whistles as on previous releases, but truthfully I think they're all the better for it. "Drag It Up" and its vintage recording style bring the Old 97's back to their roots.

This is not a rock record. It is not entirely a country album either. And it is definitely not a pop number. Instead, it is a return to the Old 97's'perfect formula of all of the above, and, my goodness, is it good to be home.