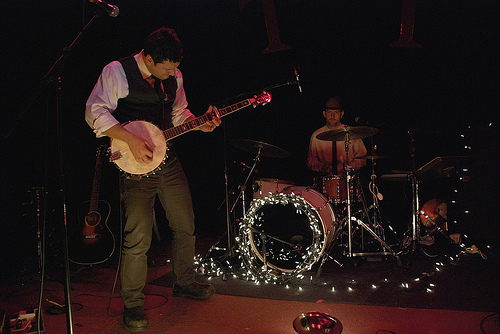 (One of) tonight's recommended show(s): Elliott Brood at the Tractor

I can’t say enough about how much I love Elliott Brood. (Well, I have, actually. More than once.) These Canadian-based singer-songwriters fill every performance with both grit and grace, overflow their rock base with alt.americana overtones, and put out more energy in one night than most bands put out in a month. They’re one of the hardest working bands I know — and, they’re nice. Really, really nice. So if you want to come out and get your gritty-nice-americana-Canadian love on, you can do it for nine bucks at the Tractor. Tonight! More tour dates below.

(PS: Mississippi Studios is going to be a great venue to catch these guys at, PDX readers!)

See you at the show!