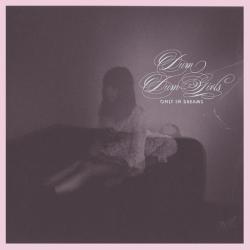 "I do not pray but tonight I am begging," she sings on "Heartbeat," five tracks into Only In Dreams, the Dum Dum Girls' second album. Dee Dee of Dum Dum Girls writes songs out of longing. For a boy, the feeling of when she first got high, the kiss that felt like a punch. All pop music is probably about longing, and I hate to bring authenticity into anything, but "Bedroom Eyes" (on the DDG's intimidatingly glistening, nervously adult sophomore set) sounds like she really wants (him/the love object/you) there.

She wrote the song when she was lonely, according to the bio, after returning jet-legged from a European tour, and lonely. Really fucking lonely. She says she was alone at home, and insomnia was grinding in her bones, and she read a poem by Rosetti, and she had to bum some zonk-pills off her pop and she scribed this aching, ennui-stricken anthem — thus we have the audio-poetic equivalent of "Ambien zombie sex."

This anecdote — filled with isolation, the need for intoxication, the desire to read literature to medicate as well in the black hole of the tour come down — explains why Dum Dum Girls sounds to me as sparks-to-the-fingers-near-the-wet-socket as the first Pretenders LP, or the third or fourth Ramones album, Blondie's break-through Parallel Lines. You got to live, you got to think of sex when you have death ("Caught In One" — "this year's been a drag, who knew it'd be so bad?"). Tinny guitar roar and handclaps and bass submerged in the big room where it all swims around the streetwise siren's call.

And as Hannah Levin mentioned (rock crit goddess genius credit where it's due) to me, in that also is an essential absorbing of the Mazzy Star hiss of lawns crushed by late night drama and seduction. This is underbelly-suburban music made for junkie thieves in the city, who need the fresh blood to bring the legal amphetamine to the party ("Coming Down"). It will be on endless repeat next to the 1972 Mixmaster Jazz Fender bass a dealer is holding till a regular "client" gets back, on the dust-encrusted boombox above the abandoned publicity stills for Muholland Drive's bit actors.

Yeah, it probably takes the shaman of sha-la-la, Blondie boss Richard Gottehrer (producer, pills, powder) to make it all seem real on reel to reel, but mentors are a given and rarely properly identified by journos. ("You abuse the ones who love you/ you abuse the ones who won't.")

Only In Dreams doesn't sound much like Roy Orbison in spite of its title; it does however sound like the kind of depraved-passionate Franco-chamber romp album a doomed girl freeze-dried in biker leathers might sing from the back of his cycle as he wipes out in the dirt and glitter outside Los Angeles. I could listen to these sweetly murmuring final little death whimpers and moans forever.