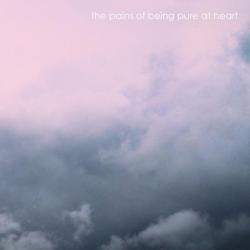 Pains of Being Pure At Heart

The Pains of Being Pure At Heart are yet another up-and-coming New York band that will shock you awake — kind of like when Marty McFly plugs into that amp and gets blown away, literally. Each of the five songs on their self-titled EP boasts a lot of 80s bombast (especially the electronic drumbeats, which are almost lifted from The Cure) with hints of punk and shoegaze.

Just listening to the song "Doing All the Things That Wouldn't Make Your Parents Proud" will make you feel like your hanging out with the cool kids, smoking in an alley or something. The tempo is considerably slower than that of the previous songs but still boasts Alex Naidus' pulsing basslines and the repetitive bass-tom-snare combination from the drum machine. The band reaches further into rock territory with the final two tracks, "Hey Paul" and "The Pains of Being Pure At Heart." It sounds almost like they're running for the finish line and are afraid they won't make it. The distorted, fuzzy guitar and vocals take the forefront here on the rousing chorus of, "We are as one/we will never die/no, no we will never die" that repeats for all of 2 1/2 minutes.

These songs are raucous and poppy and life-giving. My only complaint is that the intros of the first two songs ("This Love Is Fucking Right!" and "Orchard of My Eye") are almost identical, but that doesn't stop me from loving every second of it. The latter is an amazing pop love song featuring keyboard player Peggy Wang on backing vocals during the chorus, while guitarist/frontman Kip Berman sings, "Please don't tell me I'm your friend/I am not your friend when you call/I'll come stumbling to your side/and by your side I will stay." It might sound cheesy when Chris Martin says it but these guys are sure to have all the indie kids singing along.