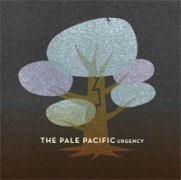 In a region with as much musical heritage as the Pacific Northwest there is bound to be the slightest bit of musical inbreeding. You know, groups borrowing from each other's sound or a guitarist performing double duty in two bands. These things are just bound to happen in such a rich musical atmosphere. So I wasn't surprised when a friend of mine described the new record from Northwest scene veterans The Pale Pacific as sounding like, "the perfect harmonious matching of Death Cab and The Shins."

Sure this was a bit of misguided, overblown hyperbole by a friend who is a massive Pale Pacific fanboy, but he was sort of close with his description. The four-piece group of Bellingham boys has all the ingredients to make it a solid contender for next Northwest band to make the major label leap. A singer who wears his heart on his sleeve? Check. Appealing songs that could be on a TV show or movie soundtrack? Check. Competent musicians that could carry a song well beyond your bedroom stereo and deep into your dreams? Check.

While I'm sure it takes more than just those things to make the big leap to a major, all of the above mentioned criteria are evident on Urgency, the latest album from the quartet formerly known simply as The Pale. Taken as a whole, Urgency is a magnificent specimen of how healthy the local scene is. The record is both whimsically serene and bustling with ambition. Taken out of context, on a single-track basis, it loses some of its oomph, but as a cohesive work this album shines.

The record gets off to a pleasant start with "In The Sun Pt. 2," a song that's anchored by a soft and steady drumbeat and mellow keys, and by the time the track is done (it lasts less than two minutes), you almost feel cheated out of what was shaping up to be a fantastic song. But you aren't really cheated, since the follow-up track "Sucker Punch" creates the record's setting of vitality and vulnerability, letting you know you're are listening to a record with tremendous potential.

The emotion in Gabe Archer's vocals combined with the solid guitar work of his cousin Cameron Nicklaus make The Pale Pacific one of the best kept secrets in the indie world. "Identity Theft's" up-tempo vibe and synthesized sounds fit perfectly near the album's middle while "You Parent's House" is possibly this year's best song to come from a Bellingham band.

And about that inbreeding mentioned earlier. Death Cab's jack-of-all-trades Chris Walla helped out with mixing some of the tracks, and the album's artwork was done by Jesse LeDoux, who has created covers for The Shins, Elliot Smith, and Hot Hot Heat. Also, Seattle's favorite house party band featuring a rapping drummer, United State of Electronica, helped out on a few songs. So yeah, there could be a little bit of inbreeding going on, but at least it's of the musical variety. After all, we're talking about the Northwest scene here, not some backwoods swamp land in the deep South.