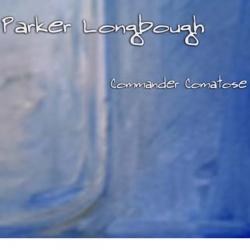 It's not everyday that an album hits your desk from Alaska. In that respect, Commander Comatose is refreshingly different.

The music is a soapy lo-fi that feels like tape demos we used to pass around of our friends bands in high school. Actually, I think this cd should have been released on tape, if only because the music is at odds with the bright, shiny packaging of a cd. Tapes are brilliant, too, because there is no track definition and there are two sides. This album feels like it needs a non-stop flow with a break between album sides. Maybe it is the scratchy pain/sexual awakening of the vocals that alternate between mimicking early Wilco and being unabashedly rough. Or perhaps the lazy strumming and sloppy drumming.

In the same way that Parker Longbough is the poster boy for teenage angst and opposition to the machine of American Idol, his lyrics feel both familiar and sometimes silly. In "Further Forward" when he sings "paying my bills/doing like my mom and dad said was the deal" you can really believe that he just had that responsibility talk with his parents.

As a whole, I like this album and think it reeks of promise. Hopefully, when away from Alaska on tour, Witthoeft (Longbough) uses new experiences to gain maturity so that all songs aren’t in direct rebellion of mom and dad.