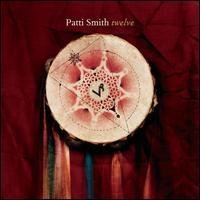 When I ask people who enjoy the music of Patti Smith why I always hear something like “she made a record inspired by the poetry of Rimbaud” or that she’s “punk’s poet laureate” or they make note of her political activism (she was a big supporter of Ralph Nader) or name-drop her famous contemporaries and former lovers. That makes her interesting; maybe even influential. This does not explain why her music is compelling – or even good.

This March she was eventually inducted into the Rock and Roll Hall of Fame after being on the ballot for seven years, thus making her rock’s Susan Lucci. I’ve always suspect that she was a “serious artist” that people like to say they listen to more than they actually do.

Having said that, the first song on Horses, “Gloria,” is exhilarating and passionate. It’s also a drastic reinterpretation of Van Morrison’s song. It personifies how cover songs should be: it re-imagines a classic song in its creator’s own image yet improves the original without showing any disrespect.

Patti Smith’s latest album, Twelve, tries to do that again 32 years later, covering songs by artists like Bob Dylan, The Rolling Stones, The Beatles, Nirvana, REM, The Doors, and others. The results, sadly, are not good. This record is ill advised at best and a complete failure at worst. Smith doesn’t reinterpret these songs (except for maybe “Smells Like Teen Spirit," which is more of an unplugged, folk version than anything bold). If nothing else, her chutzpah should be commended even if the execution shouldn’t be.

Ironically, “Gimme Shelter” is simultaneously one of the most listenable tracks and the worst. Tom Verlaine, the Television frontman and arguably the best guitarist of the punk era, lays down the guitar lines that Keith Richards made famous decades ago, but there's little innovation. In the original version of this song, a backup singer named Merry Clayton takes over the vocals and pushes Mick Jagger out of the way in one of the greatest moments in one of rock’s greatest songs. On Smith’s version she sings both parts and immediately loses any sense of urgency in the Stones much-better classic. Even with Verlaine’s appearance (and another cameo by the inconsequential Flea on bass), this is a disjointed mess.

Chan Marshall, conversely, covered an equally-revered Stones masterpiece (“Satisfaction”) for her Covers Record and the result couldn’t be more different than Smith’s. She strips down the all the instrumentation so all you can hear are an acoustic guitar and her breathy vocals. Only the lyrics are the same and it sounds like a completely different song. She replaces Jagger’s cocksure personae and swagger with her beautiful voice and the result is intoxicating.

Smith’s take on Jefferson Airplane’s “White Rabbit” is probably my favorite track on Twelve. Of course, like “Gimme Shelter,” it was a classic and Smith’s cover doesn’t really screw it up and stays pretty faithful. Smith’s vocals are almost as chilling as Grace Slick’s. It also features Verlaine and Flea.

“Smells Like Teen Spirit” is the boldest departure from its predecessor. Kurt Cobain’s power chords here are unplugged and slowed down. It’s fine, mostly because Smith is a better singer than Cobain, in comparison. I still cannot help feeling that this cover is completely unnecessary. Moreover, when Paul Anka decided to cover the same tune but make it a swing ditty, it became time to retire it. Thousands and thousands of people had signs that said “RIP Kurt” when Cobain committed suicide – I wish those same people would just let him.

“Are You Experienced?” is another head-scratching selection. Even if one is not a serious fan of Jimi Hendrix (as I’m not particularly), it's impossible not to give him due as a revolutionary guitarist. No other guitarist really was able to successfully duplicate his style or sound. Here, the guitar chords are secondary. Lenny Kaye, Smith’s long time co-conspirator, doesn’t even bother to replicate Hendrix. If a virtuoso like Tom Verlaine was available for a couple of songs on this record, why not get him to play the guitar parts on this song? He has the stature to be mentioned in the same sentence as Hendrix with a straight face. In the liner notes, Smith writes that she had wanted to cover this song since the 1970s but did not feel up to the challenge then. I’m not sure why she feels that has changed.

Compare Smith’s Twelve with another covers record I admired greatly of songs written by men sang by a female vocalist, Sally Timms’ In the World of Him. There, the Mekons vocalist recreates songs about masculine themes and removes the machismo and reveals a hidden vulnerability to those songs. Patti Smith has no such ambitions. She often stays faithful to the original recordings. Not only is there is nothing here that improves upon its source (obviously – because she mostly chose songs that were already great), but there is also nothing that would resemble a fresh interpretation or provide any insight into these songs (or their original creators). Even with all of the talent surrounding this record, it still sounds like karaoke and a bar band.

Twelve is the type of album one would expect from an also-ran on “American Idol," not a supposed legend who was inducted into the Rock and Hall of Fame. It is a forgettable record, sure, but even worse: it is unnecessary one.