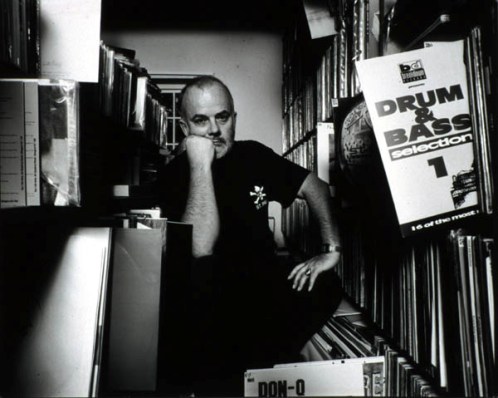 Peel Sessions: a tribute and introduction to these brilliant recordings

In the UK, radio sessions have a massive impact on both the introduction to and subsequent success of bands. What typically happens is as follows: groups will send a particular radio host a demo of their music along with contact information, and if the DJ likes what he/she hears, then the band will be asked to come into the studio and professionally record 3-4 songs that will be broadcast over the airwaves. John Peel (1939-2004), if you’re not familiar, was perhaps the single most important radio host and figure in recognizing talent and giving groups the opportunity to be heard between 1967 and 2004. In fact, just about every post-punk group that you listen to can credit John Peel as their sole reason for being given a chance.

His ‘Peel Sessions’ are instrumental recordings that often match or even top album versions of songs that you have grown to know and love. These recordings are quality, as they are lovingly put to tape at various top-notch BBC studios. They also have the advantage of not being overproduced, as each band has but one afternoon to get their handful of songs down. As a result, the music is vibrant and fresh, without suffering from over-revision or excessive arrangements. Everyone from Syd Barrett, Joni Mitchell, Kevin Ayers, and The Fairport Convention to The Smiths, The Wedding Present, Wire and Killing Joke found an audience due to these now-legendary radio sessions. Here {http://en.wikipedia.org/wiki/List_of_Peel_sessions} is a list of every band who ever recorded a Peel Session along with the date(s) recorded. Quite an impressive resume, huh?

The other thing worth noting outside of recording quality is that Peel gave bands creative control to record whatever they wanted in the studio. Because of this, many groups would debut new songs, produce experimental material, cover favorite tracks — or even record pieces that were never revisited later on their proper albums and singles. No matter which route a band would take, the results were often momentous. In fact, Peel Sessions are so marvelous that many of them have been compiled and released properly as either EPs or LPs throughout the years. I must not be the only person in the world who is an absolute sucker for them! I track these down whenever I find out that a band I admire has recorded a group of songs in this format.

Below is a selection of Peel Session tracks that are particular favorites of mine:

Although not a proper Peel Session, Bauhaus’ “Poison Pen” http://www.youtube.com/watch?v=2RmeyjMGtUA was recorded for the David Jensen BBC radio show by Bauhaus in 1981, and is one of those lost jewels of a song. It  This driving, rhythmic track was was never released on an official album.

If you have a particular Peel Session track that you are drawn to, feel free to add a link in the comments section below.