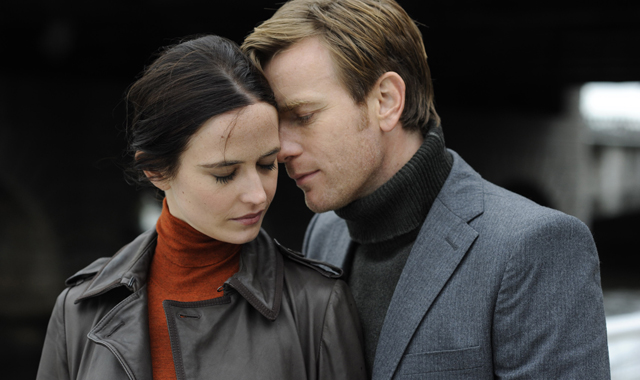 {Perfect Sense is screening at SIFF Cinema at the Uptown starting today, Friday, 2/17 – through Thursday, 2/23}

A love story wrapped around a frightening Sci-Fi premise, Perfect Sense is one of those films that’s hard to pin down—is it a story about the connections we form when we’re frightened? A tale of true, pure, meant-to-be love? A commentary on how the human race reacts in times of crises? A cautionary tale about how you should appreciate every moment in your life because you don’t know when it could be taken away? It’s kind of all of these things, and a little bit more.

Beautiful immunologist Susan (the always sultry Eva Green) is suffering from major depression due to an apparently horrific break-up, but decides to return to work just as a mysterious illness is starting to spread across the world. Michael (Ewan McGregor) is a chef whose restaurant just happens to be across the street from Susan’s flat, so it’s inevitable that they’ll meet, be initially resistant to each other, and then of course, fall in love.

The twist being that while they’re doing that, an unexplained and apparently incurable disease is ramping up; infecting people’s brains by causing a major burst of emotion (grief, paranoia, rage), followed by a loss of a sense. The first one to go is smell, then taste, then hearing—and well, you can see where this is going.

There are a few moments where the main character arcs seems a tad too convenient, in the typical romantic comedy vein, but it’s easy to let that slide amidst the momentum of everything else happening on screen. It’s also sometimes a little hard to get caught up in the madness of it all with Green’s soothing, throaty voice narrating every step, but there’s still something really intriguing about it. That doesn’t mean I didn’t completely fall for Green and McGregor’s chemistry—the photo above illustrates one of my favorite heart-in-my-throat scenes—I mean, mygod. IT’S EWAN MCGREGOR! Of course I fell for it.

Director David Mackenzie employs a mix of still images, wide angles, and shaky, handheld cameras (which I hated at first, but grew to really appreciate) to convey the uncertainty of the story, and—no surprise—both Green and McGregor handle their parts expertly.

In the end, I was really glad I’d seen it (I missed it during the 2011 Festival, so I’m glad they brought it back), and I definitely recommend you check it out this week.