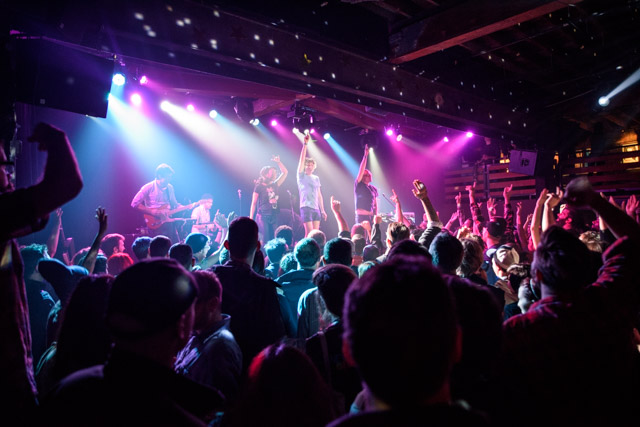 Photo Essay: !!! at the Crocodile

Seattle, I actually caught you dancing. And it was hideously beautiful.

Local electronic act Zoolab immediately brought it, with the crowd rushing up to the edge of the stage, subtlety shaking to the beat. Pretty impressive for an opener in a town where it is “uncool to dance.”

Next up, Stereolad, an all male Stereolab tribute band (and actually !!! opening for themselves,) brashly squealed alive to the delight of many. Except for a few weirdos who stood in the very front covering their ears. Don’t go to a rock show if you don’t like it loud pal. I can’t say the french accent was successful, but I can say that the covers were enjoyable, adding a punk flare to Stereolab’s sound.

Once !!! took to the stage as themselves, the crowd completely lost it and all decorum was abandoned. Arms, legs, and hips were girating in every direction. So was lead singer Nic Offer. He was everywhere all at once. He cat-walked into the crowd on the bar dividing the young folks from the rest of us. All while busting out some of the best dance moves I’ve ever seen on what was practically a balance beam.  How he managed not to eat it can probably be chalked up to “The Magic of the Dance,” or perhaps he used to be a gymnast.

Additional gorgeous vocals from Meah Pace, and some choreographed moves kicked the dance party into the atmosphere. Armpits were everywhere. Our collective hair was drenched in sweat.  The whole venue danced through the entirety of !!!’s set. Some new standouts included Freedom ’15 and Ooo. Even though they didn’t play Me and Giuliani.. I still had a most excellent time.

I’m so proud of you guys. Dancing is nothing to be ashamed of. Well, maybe not for some of you. BURN. 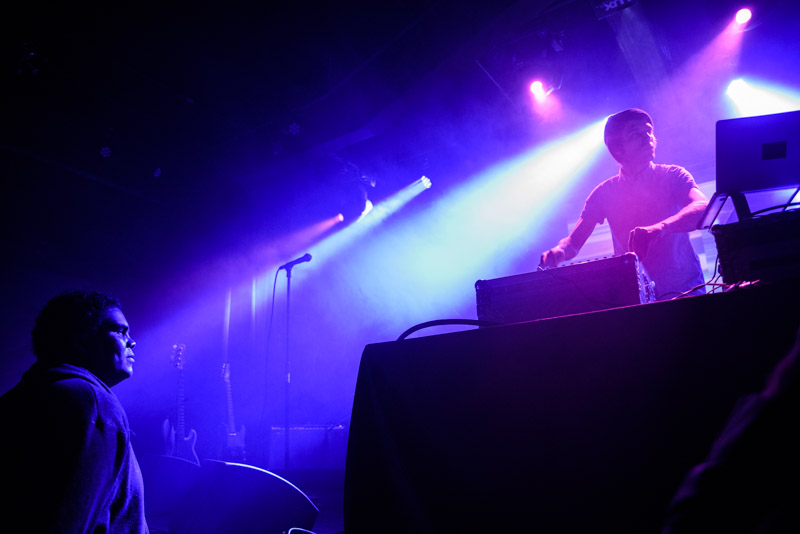 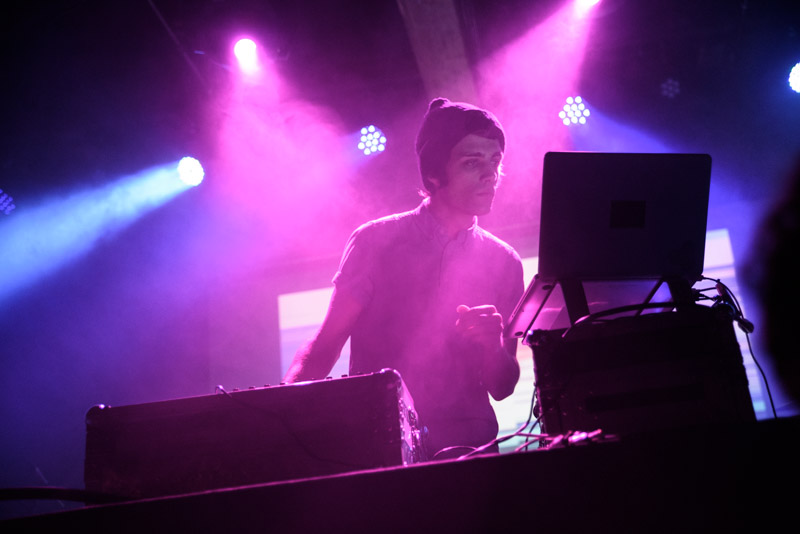 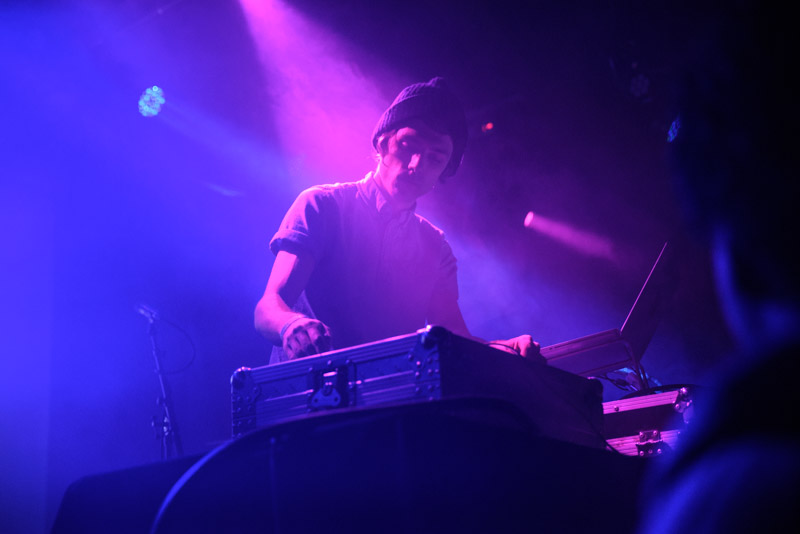 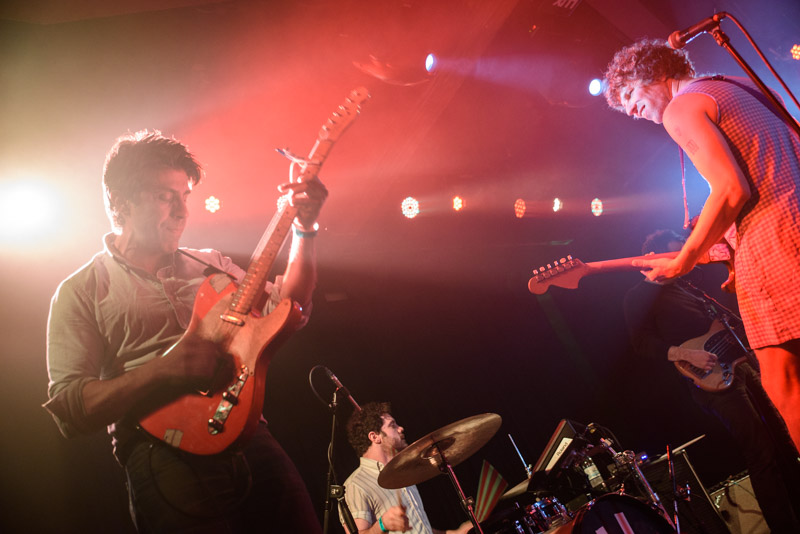 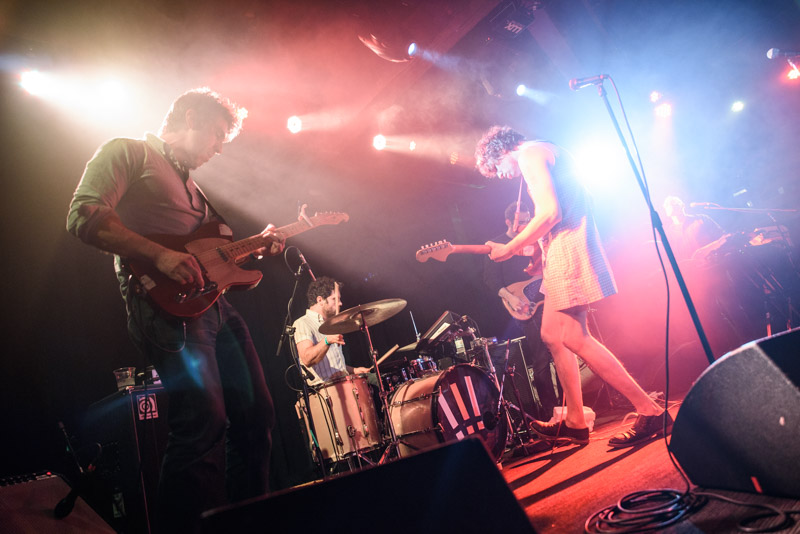 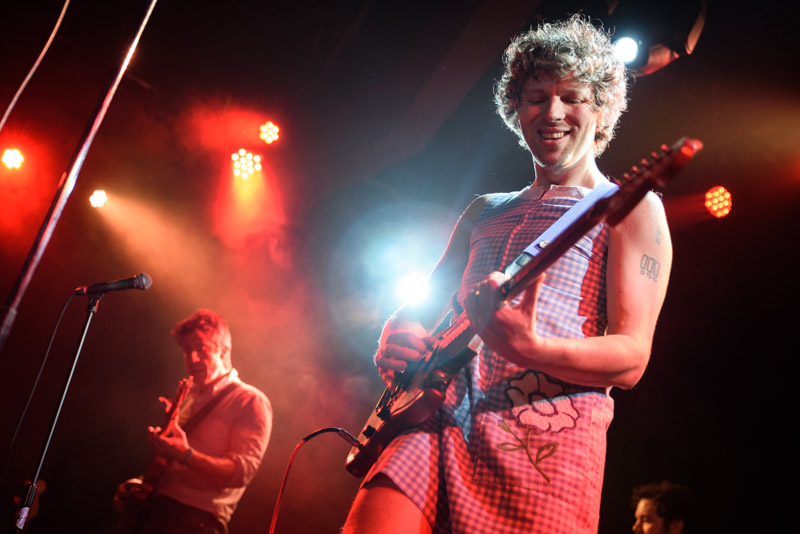 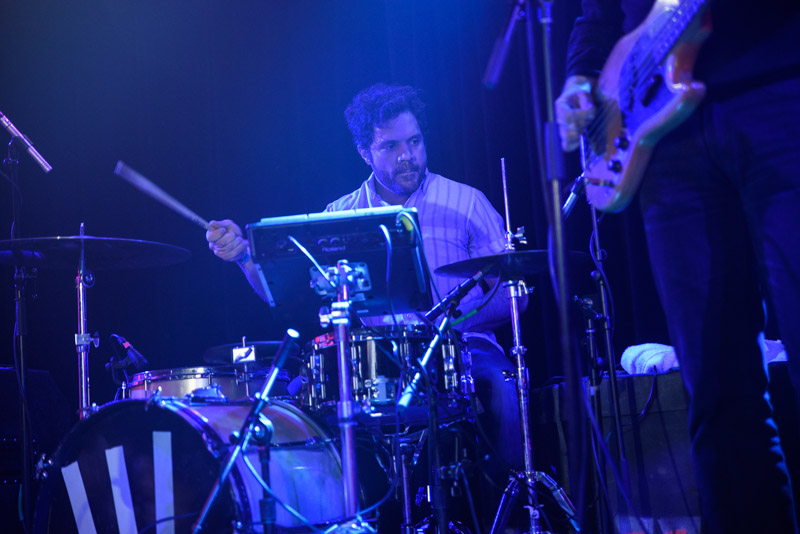 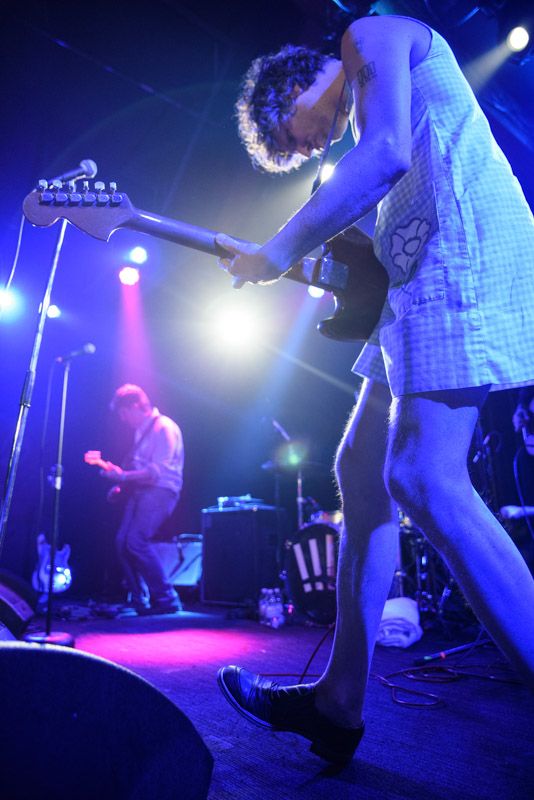 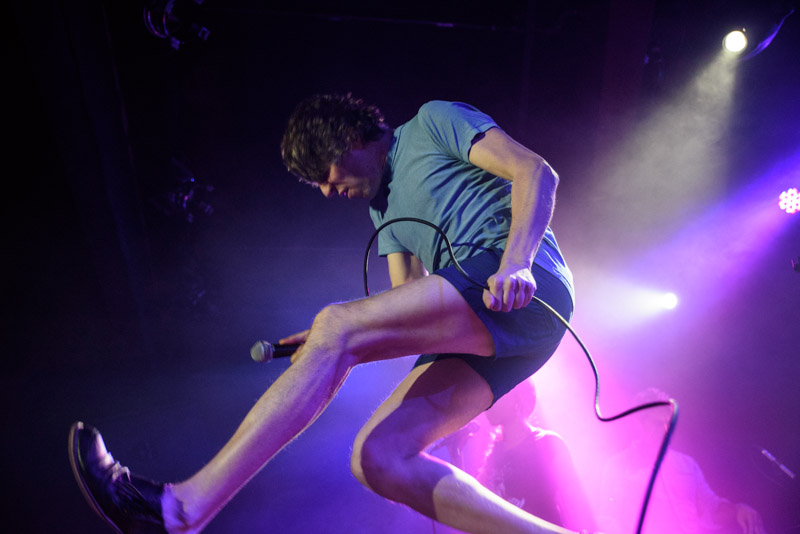 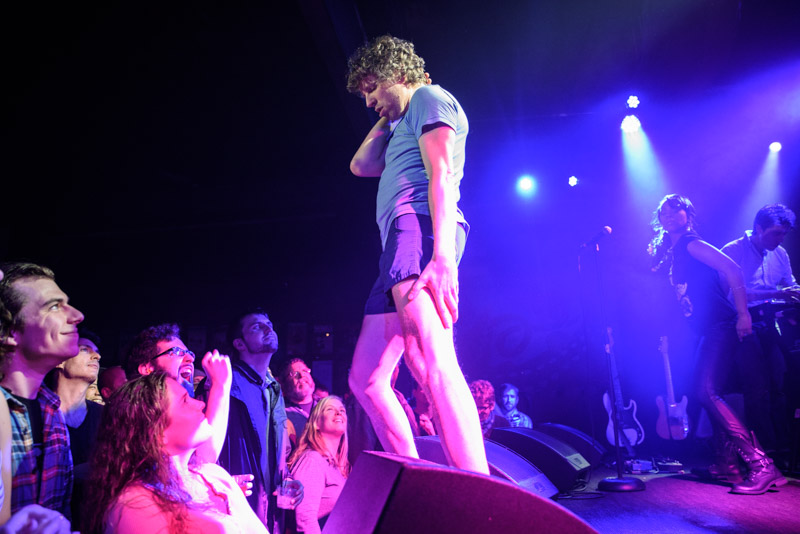 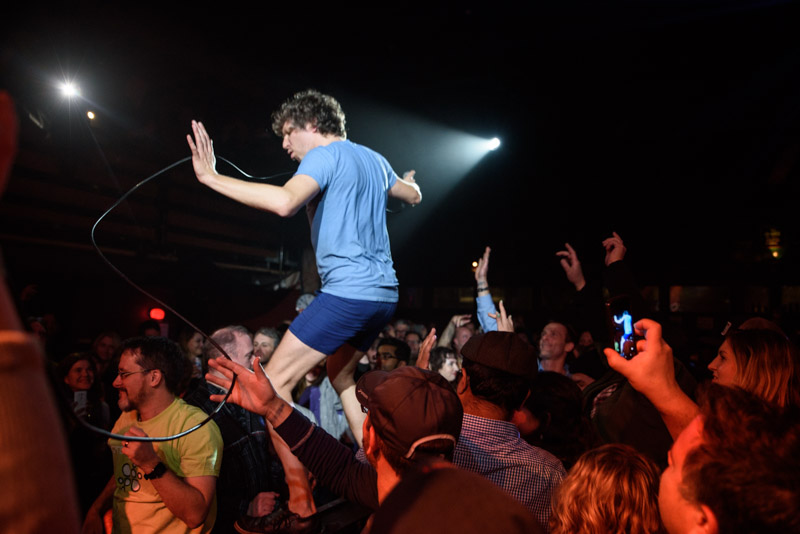 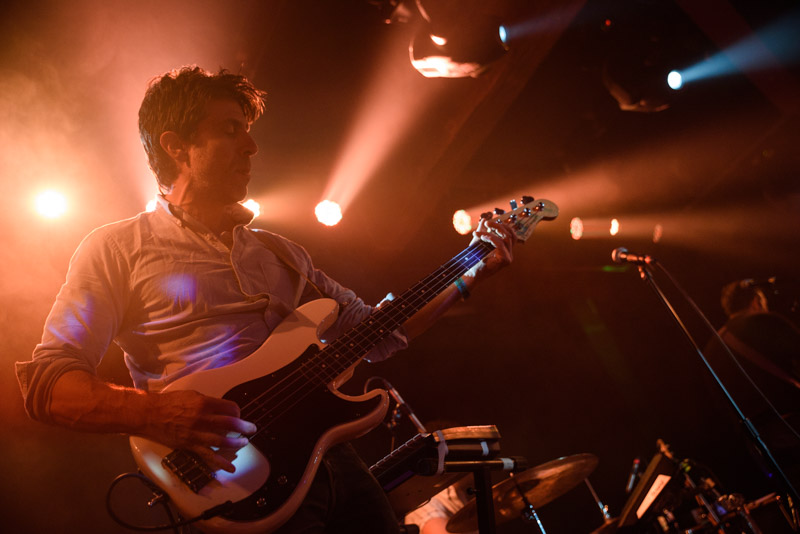 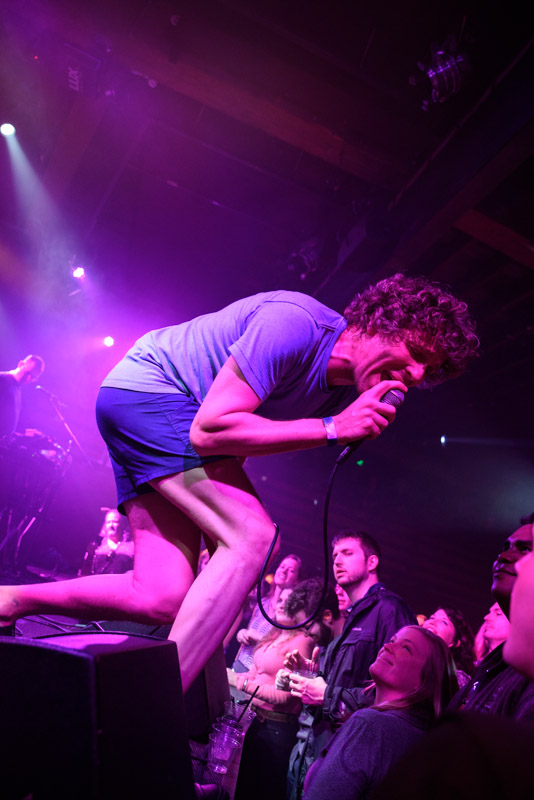 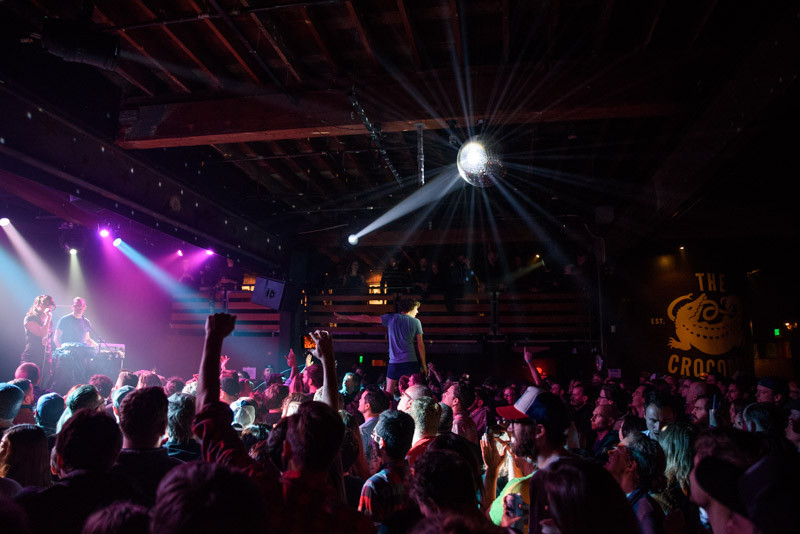 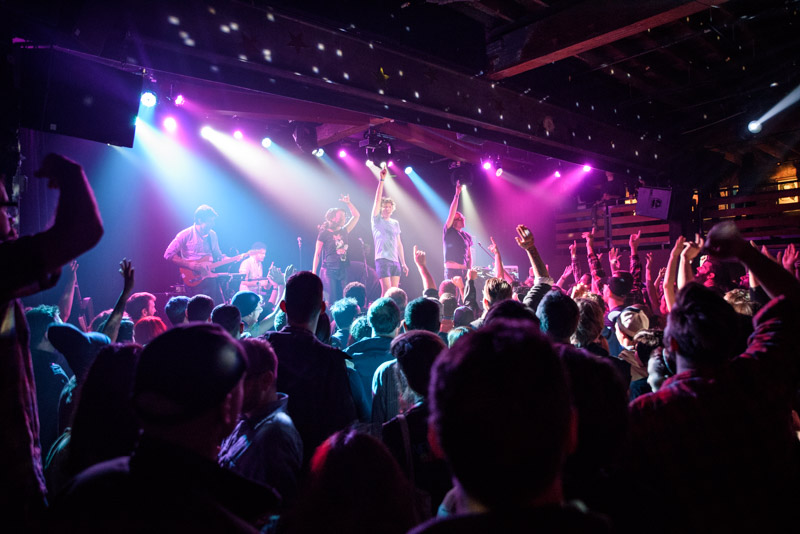 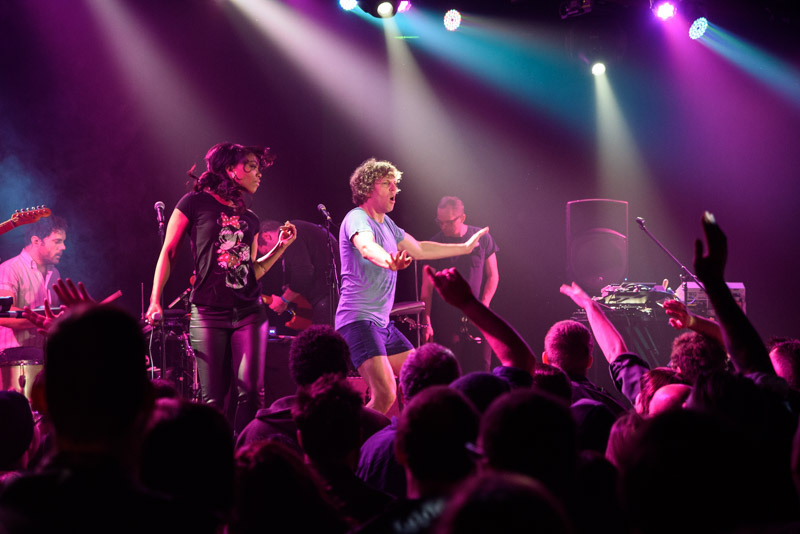 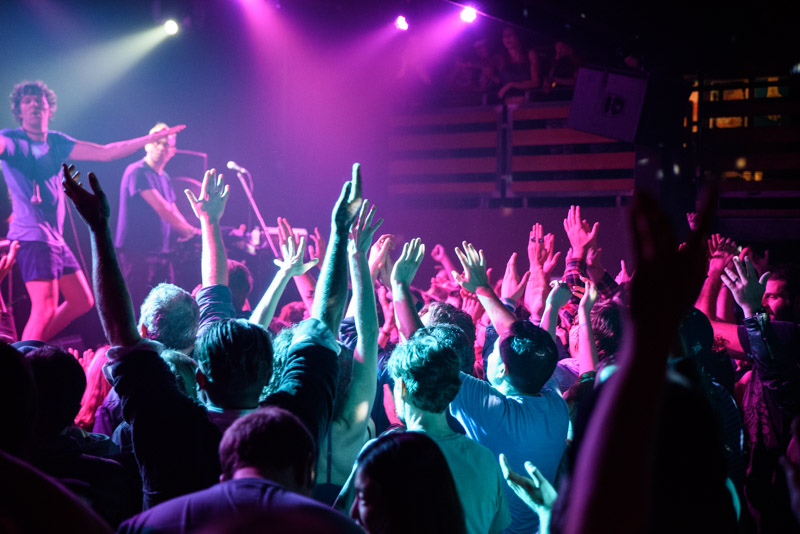