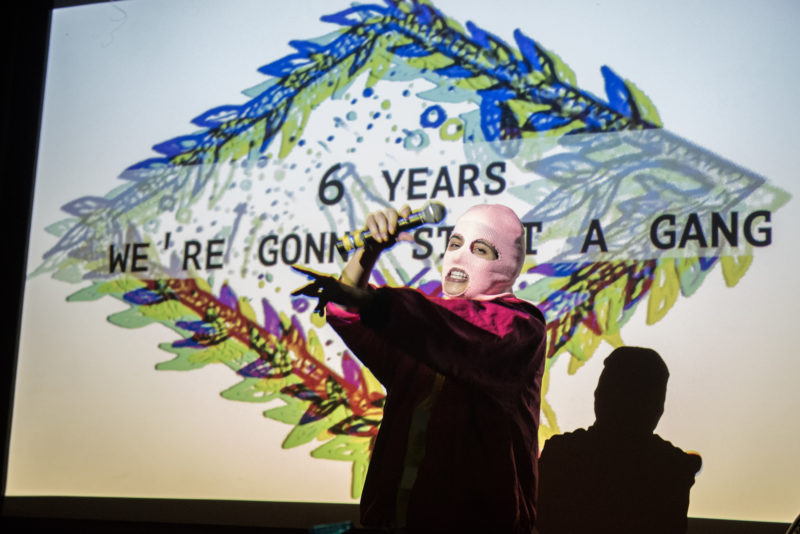 We were honored to be among the sold-out crowd at The Vera Project last Friday, when Russian activists Pussy Riot took the stage. As one of the core group of three women appeared on stage in their signature balaclava headgear/anonymity shield, she explained the audience that they hardly ever actually play together — and that Pussy Riot was meant to be more of a protest art project than a band.

Vera was transformed into a multimedia musical experience for the night, with a DJ to warm up the crowd, a projection screen of powerful words and images, and bright orange traffic cones as props. Imaginary photog extraordinaire Morgen captured the action! Take a look at some of our favorite snaps:

All photos by: Morgen Schuler