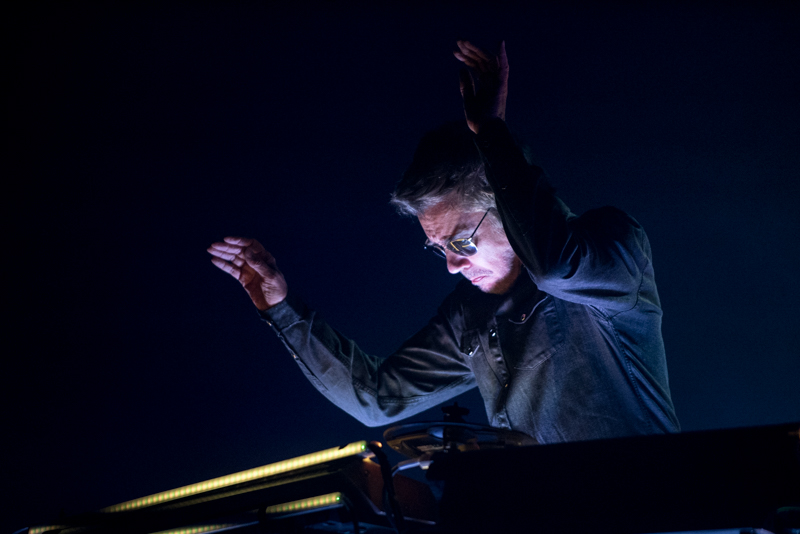 Photo Set: Jean-Michel Jarre, A Storyteller of Lights and Sound

Reading about a performance like Jean-Michel Jarre sets up some expectation of what will be in store, but nothing can prepare you for his shows. While I like EDM, I’ve never been such a huge fan that I know the names of DJs or seek out EDM nights at clubs around town. The very fact that Jarre is in his 60s and still performing says something about his stamina, his understanding of the genre and his pure brilliance; I was simply blown away.

I had planned to stay for quite a bit of the performance, but I had a lot of work to do and wanted to get these photos up. I was mesmerized and ended up staying till he stood at the edge of the stage, thanked Seattle, and waved goodbye. It was awe inspiring to see him jump between “instruments” both real and digital (besides his synthesizers and drum machines, he performed on a guitar, keytar, and light harp; the last of which you can see in the photo set). The visuals were stunning, some of the best accompaniment at EDM show I’ve seen in a long time, if ever, but his music… Like I said, I’m a fan of good EDM, something you can dance to but doesn’t get too, how do I put it? Too complacent? Too dependent on the drum beat? Either way, Jarre creates songs, not just sounds. I’m beyond excited that I had the opportunity to experience this man live doing what he has crafted for so many decades.