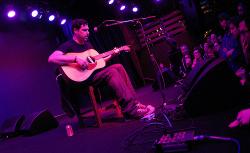 No frills set up for Damien. He walks on stage 10 minutes before his scheduled set time, takes his jacket off, opens a can of Coke, plugs his guitar in and starts playing.

I've equated Damien's music as musical elixir in the autumn/winter months. I don't know what it is but themes of despair, longing and brokenness just sets the right mood in the background for those dark, wet foresty Pacific Northwest days.

So here I am now in the spring and spirits are much higher, the outside air fresh and warmer.

Opening the evening is Laura Gibson. Just soft and quiet. You might get distracted at the back of the bar if you're not watching her play intently at the front. What makes her set unique are band members Sean Ogilvie and Micah Rabwin who add depth and character to Laura's sensitive guitar picking style with assorted instruments that include the glockenspiel, lapsteel, melodica, percussion, the saw and the ever important stage banter. 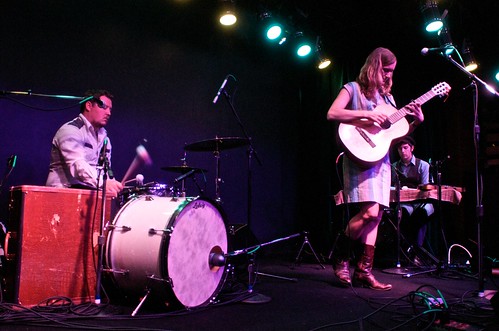 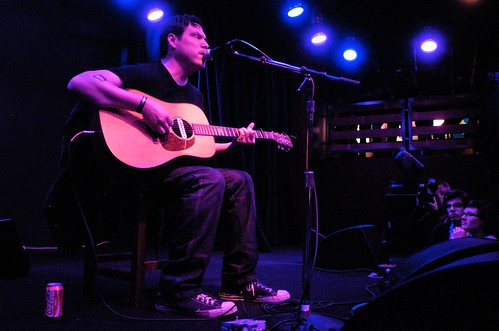 After starting out with a few heavy subject openers, Damien clarifies that the songs he sings are stories, it's not about him and that's he ok – much to the relief of the crowd. He promised that he would throw in a few uplifting songs here and there so it's not all sad and gloom for the night. His promise came through mid-way with the up tempo song &quot;Letters and Drawings&quot; but after that the rest of the set was signature good ol' Jurado folk-rock bleakness.

That bleakness culminated in one of his last songs about murder where he shouted out the excruciating line: 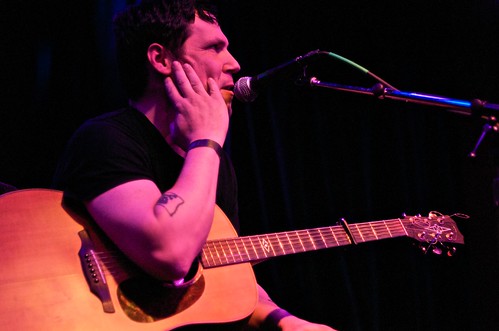 To end the night on a light note, for his encore, Damien sang his son's favourite song "Trampoline". He joked that the song would be on the next kids album that he does and it will go by the name of "My Parents Aren’t Married and He’s Not My Dad.". It was a musically upbeat number although a little silly as he said but he just couldn't get away with the morbid meaning of the song as it's about a kid who falls off a trampoline and the other kids don't care:

"Ten kids on the trampoline
Jumping in the day of spring
One falls off and breaks his neck
The others go ahead and sing:

But not to despair. In the last few verses there is something the kid (or we) can take away: 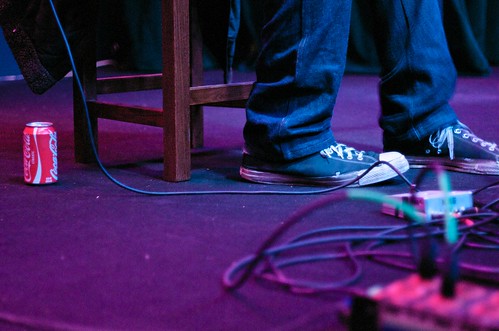