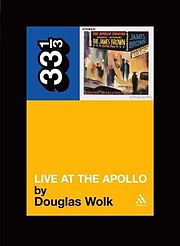 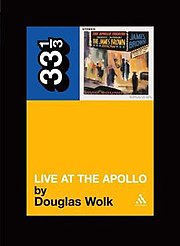 The people at Continuum Publishing have whittled down the books to the shortest list and announced the final lineup for books in the 33 1/3 series to be published in the 2010/11 series.

There are 11 books in this series, which publisher David Barker said he wanted to sign around 20 but had to scale back due to the economic climate.

There are, of course, some books I can't wait to read. Gina Arnold's on Exile in Guyville is at the top of my list but Television's Marquee Moon and Portishead's Dummy are also ones I'm excited for. I'm confused by the Ween selection, but that isn't my decision to make. Scott Tennent, who writes the excellent blog Pretty Goes With Pretty, is a great writer, so I'm very anxious to read what he has to say about Slint's Spiderland.

On another 33 1/3 note, I just noticed that they just published a book less than two weeks ago on arguably my favorite hip hop album, Nas' Illmatic.It was written by Matthew Gasteier. I'll be headed down to a book or record store shortly to pick that up some time today.

One thing I really liked and appreciated about the whole process was that the submissions were open and it was as transparent as possible. Barker accepted open submissions and kept the public in the loop throughout the whole ordeal, with each list of candidates (by their album, not name) at each round on the 33 1/3 blog.

What do think of these selections? Which books would you read?