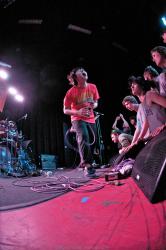 You don't have to understand what Ponytail is all about or try to figure them out.

Yes, they are of the young folk and have enjoyed the spotlight of late of alongside of what's-hip-on-the-radar-kind-of-bands from Baltimore. It's not complicated with these kids. You don't even need to prepare for a Ponytail show.

Actually, maybe one thing as Oh Man! (who graciously opened for them) demonstrated below – stretches. Stretch because you are going to go nuts. As for the songs, you don't even need to know them. You can get away with singing along with lead singer Molly Siegel by screaming or yelling out your "oooohhhhs" and "yeahhhhhsss"  "ahhahahaaaa" in a very high pitch. Someone told me last week that it's like listening to Pikachu singing. 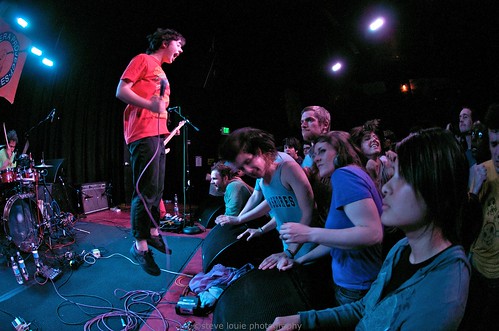 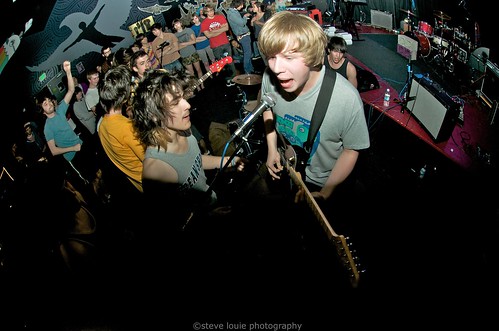 Anyways, the crowd was pretty psyched about the show from the get go with Herr Jazz opening. They played on the floor which was more awesome. I think if you want the crowd to go wild and you want that interaction, it should be a prerequisite for bands to play on the floor at Vera. A few songs in, I immediately thought these guys sounded like Abe Vigoda? maybe. I don't know. Herr Jazz have only been playing shows since late last year so anything can change.

Oh Man! followed up with their brand mash of indie electro. Normally this kind of stuff is instant make-you-dance-and-sweat material from the first beat but it took awhile for the crowd to get warmed up to them. Some of the songs were drawn out instrumental jams and then one was just the guy singing  "la-la-la-la-la" with no real lyrics to get crazy with. By the end of the set though, the crowd was loosened up and a took a liking to Oh Man!  All eyes were on the tall bass player in her pretty red dress. Instant Nikki Monninger cred! 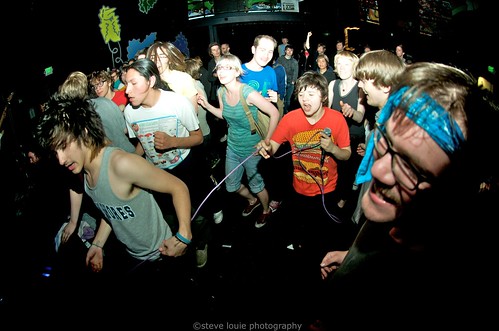 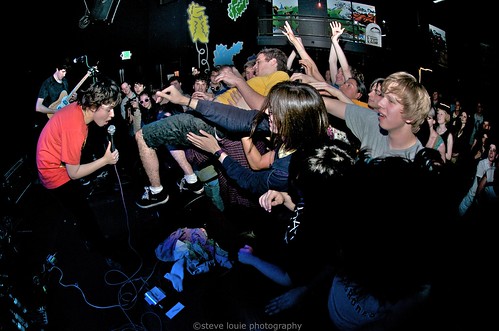 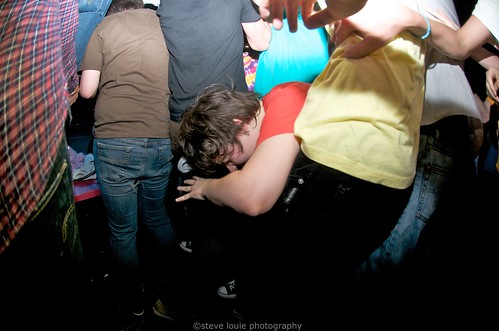 Finally, Ponytail. Shouts of "PailTony"! and "TailPony"!  were heard. Gotta love it when the crowd mocks your band name you can still rock on. I don't know what else to say other than it's just Pikachu singing panedomium for the rest of the night. Guitarist Dustin Wong can scream out some impressive unintelligible wild animal sounds too. The highlight of the night (and I was waiting for it) was little Molly diving and scrambling into the crowd while there was someone crowd surfing. So crazy. In mere seconds I see her squeezing her way out of an impossible crevice of bodies all around and then back onto the stage. It was a rush. Like I said, you gotta have bands and the crowd on the floor. Equal footing. That's where the action is. 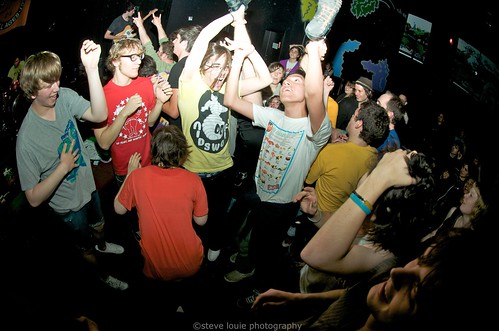