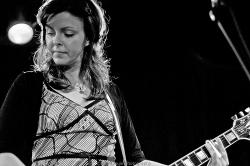 Viva Voce come out of hibernation to embark on a spring tour and perform new songs in anticipation of their upcoming new album entitled Rose City which is due out May 26th. Supporting them is Rafter (Asthmatic Kitty) and the Shaky Hands (Kill Rock Stars).

I've waited to shoot this show since January when the press release subject read "Viva Voce Break Up". I admit I misread the entire release since it went on to say that the break up was the two piece of Anita and Kevin Robinson but adding two more members so it's kind of the reincarnation of Viva Voce after not touring for awhile.

Viva Voce is now a four piece with the addition of Corrina Repp (Tu Fawning) and Evan Railton on drums. 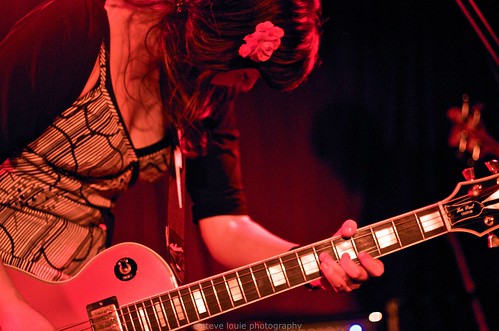 Rafter from San Diego (also known as Rafter Roberts) opened the evening. I don't know too much about this band other than their label Asthmatic Kitty. Apart from the obvious association with Sufjan Stevens on that label, the only other band I've seen live on that roster is Shapes and Sizes. My impression is that bands on that label and carefully hand picked and are pretty electic. Rafter sweated out quite a dancey set of rock much to a sparse but receptive crowd. I have to hand it Rafter as they have the goods to get a party started. 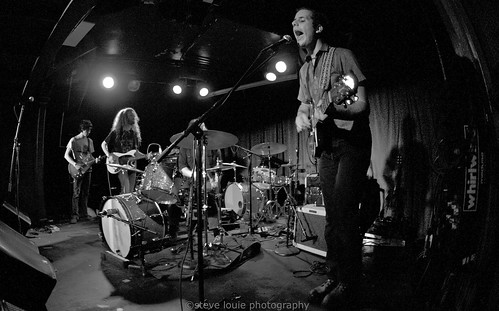 The Shaky Hands were the second openers and I remember seeing them a few years ago at TIG's 5th anniversary party and they were prety amazing on stage. Fast forward to today and there's been a few lineup changes and the music was definitely less pop than I remembered. The sound has matured to a more psychedelic folk feel to it. Lead singer/guitarist Nicholas Delffs can still rock out. 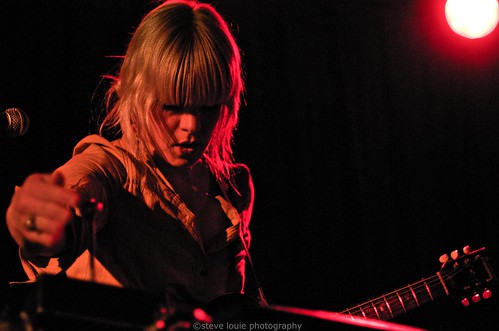 Viva Voce hasn't been on the tour circuit for the past year since they've been working on the new album and they took a break from playing. Now that they are a four piece and hearing the new songs, the comeback is as strong as ever. Anita's wa wa bar plus pedals and Corrina's theremin is wicked combination of amplified distortion. 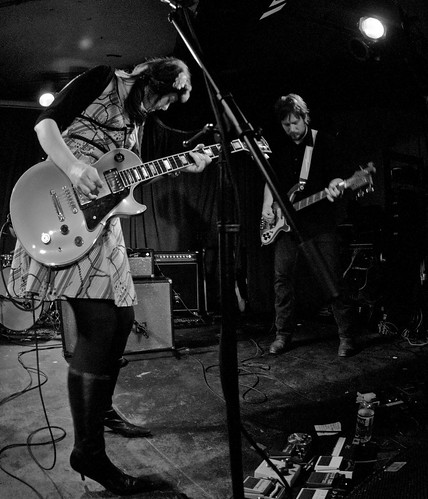