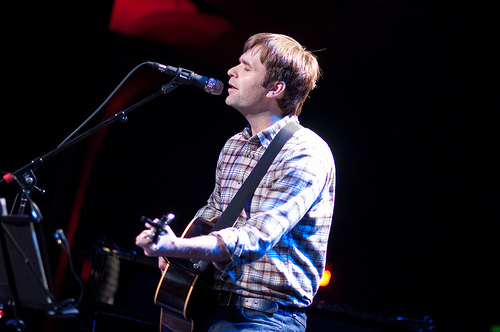 Photo(s) of the day: Ben Gibbard and Damien Jurado at the Showbox 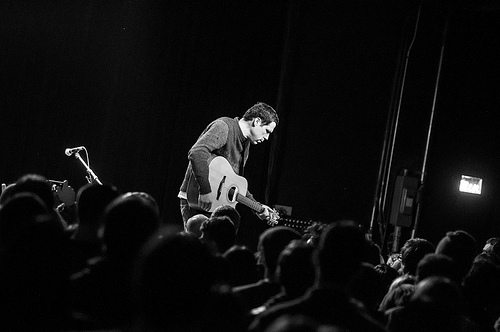 Hopefully you were one of the lucky folks that got to see Ben Gibbard play this weekend in Seattle! There were two shows on his dance card, on Saturday at Washington Hall with Shelby Earl {for an 826 Seattle benefit}, and on Friday at the Showbox with Damien Jurado. We caught the latter (with a few photos by our own Imaginary Victoria to prove it really happened) and were absolutely floored by both sets. It was incredible to see Damien play a powerful solo set after a run of recent full-band shows, and of course, Ben was as talented and as charming as ever. He ran through a ninety-minute selection of deep-catalog Death Cab favorites, Postal Service hits, and tracks off his recent solo release, Former Lives — including our personal high point of the evening, where he prefaced a launch into "Teardrop Windows" with an emphatic promise to never move out of this city again.

Fingers crossed, Ben! We're glad to have you home.

{Photos by Victoria VanBruinisse. See more from this show and recent goings-on around town in the imaginary flickr pool!}