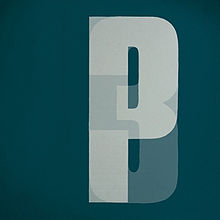 On a cool and desolate autumn evening last weekend, Seattle welcomed back Portishead for the first time in fourteen years, the season and the setting perfect for the murky UK act. Their most recent release, 2008’s minimal and stark Third, is already three years old — this alone made the wait seem like a near eternity before remembering that I last saw the band a few months after I first moved to Seattle, in December of 1997 (and that performance at The Paramount left me thoroughly impressed.) With this in mind, even though over a decade had passed, I still had high expectations… and this time around the band was once again in top form. Time has not aged this group whatsoever, and I was left reeling from their outstanding performance the moment the lights were turned back on in the theater.

Third was heavily relied upon as songs from the album provided the majority of the evening's set. Coy as ever, Beth Gibbons tightly clutched the microphone with both hands, eyes closed during each verse — her desperate shyness certainly lending some esoteric attraction to the group. Once the vocals were finished in every song, she would turn her back to the crowd and walk back towards the drummer in some kind of attempt to avoid the spotlight. The claustrophobic “Silence” opened the show in a striking manner as the band performed before an amazing backdrop of grainy videos that were projected over shots of the band playing live.

It was no surprise that several songs from 1994’s Dummy were interspersed throughout the setlist. True to original versions of “Sour Times” and “Glory Box” still sounded impressive, but it was a thoroughly bleak and slower rendition of “Wandering Star” that really floored me. While most of the group members left the stage, Geoff Barrow played the bass in funereal cadence and Adrian Utley supplied a little bit of atmospheric guitar while Gibbons sat down wrenching out the lyrics. It was equally painful and gorgeous at the same time.

The devastatingly lonely track “The Rip” from Third was exceptional as its crescendo was extended, sending shivers down my spine. Interestingly, Geoff Barrow performed the overdriven drums live from start to finish on “Machine Gun,” which was surprising as I completely expected them to be sampled. To close the main set, an intense delivery of “Threads” was unleashed with Gibbons screaming, "I'm always so unsure," into the microphone at the end of the performance. Hopefully an official live version of this will see the light of day at some point.

Only two songs were performed from their underrated eponymous 1997 release, “Over” and “Cowboys.” These ominous songs also ended up being two of the strongest ones of the evening — it's indeed a shame that more material from that record was not thrown into the mix, as they might have sat a little more comfortably next to the songs from Third. Another highlight was the final encore track “We Carry On” with Utley’s nihilistic guitar taking the forefront of the mix. Shockingly, Gibbons even wandered around greeting the fans and shaking hands with them during the extended musical refrain at the end, providing a surreal close to the stellar performance.