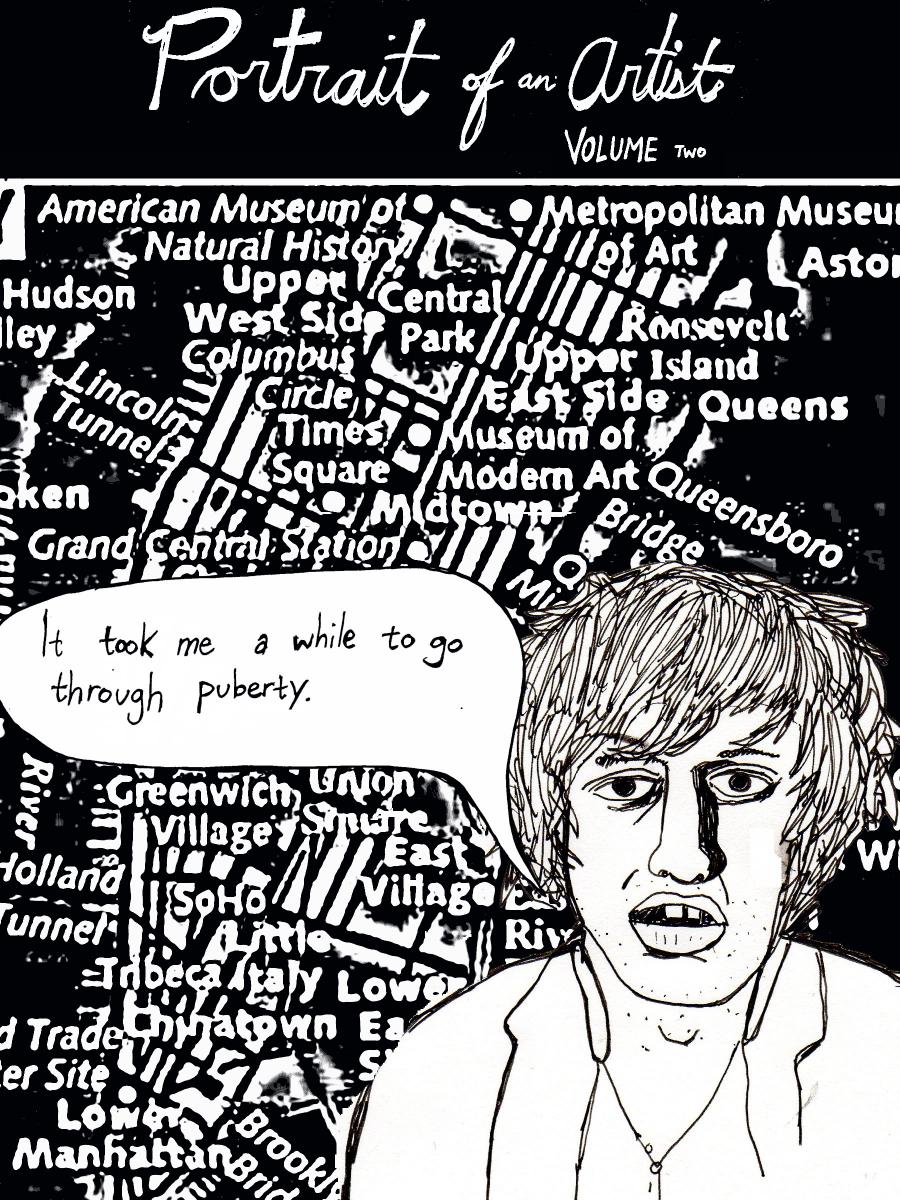 Portrait of an Artist: Adam Green

I already have a vagina-neck that fucks my penis-leg…or… How I email interviewed one of my favorite songwriters and learned that phone interviews are better! Adam Green has been a favorite of mine since I saw him perform as part of the Moldy Peaches in 2001. I dare you not to fall in love with his albums Friends of Mine, or his newest work, Minor Love. He has a little Lou Reed, Andrew Dice Clay, Sesame Street,and Peter, Paul and Mary in his lyrics and delivery. He plays at Chop Suey on Friday April 2nd, and I was lucky enough to get to ask him some questions.

I first learned about you when I saw the Moldy Peaches open for the Strokes in my hometown of Tacoma, WA in 2001. I was blown away by the Moldy Peaches. I am pretty sure that Kimya Dawson ended the show by saying, “Let’s go shit in some condoms!” Could this have actually happened?

Yes that’s the last line of “Rainbows” which was released as a B-Side.

How do you write songs? Do you start with a title? A melody? Chords?

Most of my songs I’ve written singing into a digital recorder while I’m walking around. It helps to be walking because there is a natural rhythm to that type of moving. Mostly I’ve made up the words and the melody at the same time but there are many exceptions.

My wife and I spent our first two years of living together constantly listening to Friends of Mine. Her favorite track is “Bluebirds”….she is fairly feminist and no nonsense about using the c word. But she has no issue singing that she “won’t go out for cunts,” when you say it. Do you have this effect on a lot of your friends? Do they curse more around you?

In the way that I was raised, it was only appropriate to curse when I was truly excited or so passionate about something that I couldn’t help it.

What are a three of your favorite words?

What are three of your least favorite words?

Did you ever live in Olympia?

I lived in Port Townsend for a few months. I had friends out there and me and Kimya shared a house. That’s when we got a band together and played the first Moldy Peaches shows. Sometimes we would drive to Olympia on a day-trip.

As far as that song goes my favorite is “It’s not murder, but thank you for waiting five years”

Do you believe in marriage and monogamy? Is a Adam Green really looking to grow old with a nice Jewish woman? (Editor’s note, D. Crane insists you look exactly like his dad, who looked a lot like Lou Reed in the ‘70s.)

I’m not sure what I believe about that. I’m completely single at the moment and I feel normal. If you woke up this morning and you were single I guess you would feel pretty weird.

Side note: Have you seen Millionaire Matchmaker?

Yeah that show is filled with awkward moments. I prefer watching Neil Hamburger on youtube. But I guess both are great.

On your blog, it is not clear if you are going out with twins, dudes, dogs, receiving heroin packages? How much of the blog is real?

It’s all real. I don’t understand why people would think I’d have to make it up.

I am a seventh grade teacher—teaching language arts to 12 and 13 year olds, when not playing music, or conducting marginally intrusive email interviews. Seventh grade is possibly the most awkward time for people. What was 7th grade Adam Green like? Was he the shy, quiet kid, or is he like the outgoing dancer in the Billy Bradley video?

I had a couple of friends and we listened to music together and played guitars. I was shy but I don’t think I was ever quiet. It took me a while to go through puberty. I wanted to be a folksinger back then so I guess not all that much has changed.

You appear to be a fashionable dude. What is one thing you would never wear? What is your favorite piece of clothing?

I would never wear an earring. My favorite clothing item is bellbottoms.

Do you have any places you really like to go in Seattle? Have you spent much time here?

Yes I’ve spent a fair amount of time in Seattle. My favorite place is that store “Lark in the Morning.” I like Loompanics Unlimited and the free-press and shit like that as well.

You did a Phoning It In radio show for KDVS radio…a few years ago. Do you own a land line telephone?

I don’t own a land-line. I did that radio show from The Strokes office.

What is the ringtone on your cell phone?

What is your favorite type of pizza?

Do you watch Law and Order?

Would you ever own a dog? If so, what kind?

I would rather own a sheep.

I would like to end the interview with the final question that was asked of me, when my band (BOAT) was interviewed a few summers ago, by a California radio station. This question seems like it was constructed with the Moldy Peaches in mind. Would you rather have a hand where each finger is a penis, or an ear that is a vagina?

Please go see Adam Green at Chop Suey on Friday. He will blow your mind!