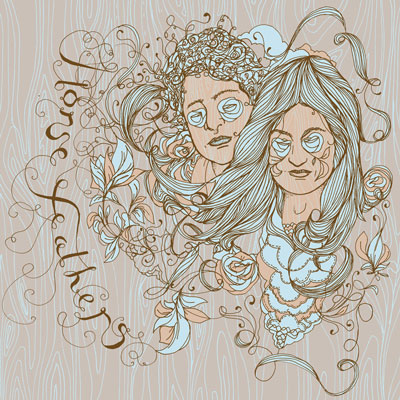 I totally love Horse Feathers and can’t wait for some new lumberjack love!

Horse Feathers’ debut album on Kill Rock Stars, “House With No Home”, garnered excellent press as expected, but also sold five times as much as their previous release. The band’s constant touring to packed houses has created a quiet groundswell of support which buoyed the band up to its current position as one of KRS’s breakthrough bands of 2008. This 7″ is another delicious morsel to tide the fans over while the band finishes recording its follow-up to “House With No Home”, due in April 2010.