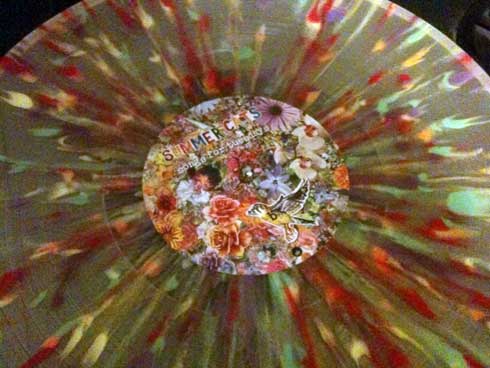 The prettiest vinyl I've ever seen…

I had a low-key Sunday writing nearly-overdue thank-you notes (which is actually quite fun because you get to gush to your friends about how great they are), sipping copious amounts of tea, and pulling an afternoon soundtrack from the most recently acquired vinyl in the stack. Near the top of the stack was the debut album by Melbourne, Australia’s Summer Cats entitled Songs for Tuesdays. It’s a mighty fine album (if the fact that it’s on Slumberland Records wasn’t enough proof) and all, but what raised my interest most was that the record is printed on what experts describe as “multi-color splatter vinyl.” Songs for Tuesdays is both mesmerizing to listen to and to watch spin round as it plays. Note: the above photo doesn’t do it much justice, but that’s what happens when you’ve got an iPhone and bad lighting. You get the *idea* that it’s spectacular though, right?

Colored vinyl is magical. It’s way up there with the phrase “limited edition” on the list of things that make me lose my cool (and empty my wallet). I read somewhere that, for some scientific reason, colored vinyl doesn’t have as good of sound quality as the standard black issue… but whatevs. I can’t deny it’s power.

It got me thinking… what vinyl records rank up there as prettiest? I put 7″ and 12″ in the running and came up with these off the top of my head:

John Linnell – State Songs
It’s cut out to the shape of the USA!!! Side A is “Montana” and side B is “Louisiana.” 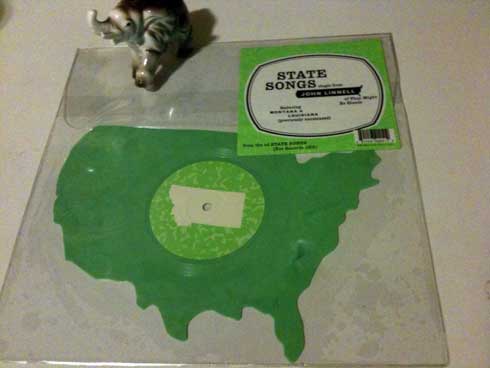 White Stripes – 7″ of “Party of Special Things To Do” / “China Pig” / “Ashtray Heart”
This release is from the 2000 Sub Pop singles club and is a beautiful half white / half red (in classic White Stripes tradition). 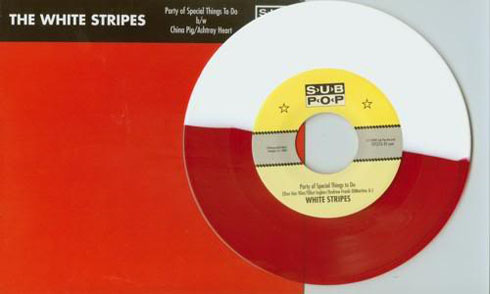 Mary Poppins soundtrack – Picture disc
My first ever fancy vinyl as a kid and it’s still a favorite. Each side has a different scene from the movie. 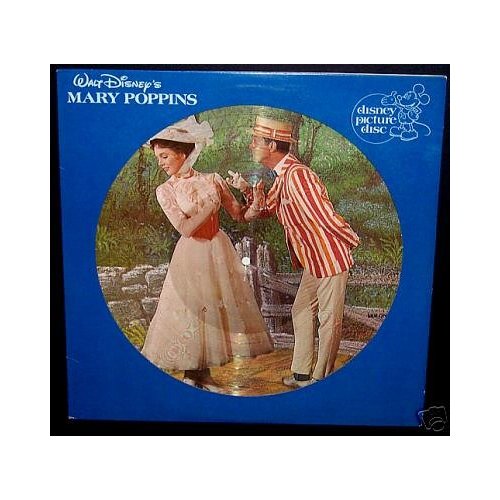 Pop Licks 7″ boxset
In 1992, Spin Art released this 7″ series with each of the six bands’ 7″ records being a different color: Poole (red), Throw That Beat In The Garbagecan (blue), Trampoline (green), Swirl (white), Veronica Lake (yellow), and Suddenly Tammy! (orange). Limited to 1500, they were packaged in a fairly flimsy box with toys and candy. All lined up they looked really tasty. {Photo from the rad blog You Shall Know Our Discography} 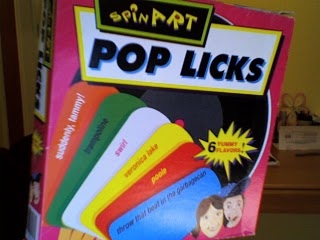 What about you? What is actually on the vinyl aside, what is the coolest vinyl you have or have ever seen?