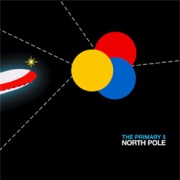 The Scots know pop! Delectable, delightfully smart pop! Aztec Camera! Camera Obscura! Even bands without camera in their names! What is it about that place? Their radio stations must be pure pleasure-pumping ear candy brainwashing broadcasters!

Paul Quinn used to play with Teenage Fanclub for a few years, and the Primary 5 is this Bellshill's boy's new band, started as a private party till TF mate Norman Blake came round to assist polishing up this gem of a debut, along with TF and Stone Roses and Oasis fader-fiddler Nick Brine. Opening for the legendary Love during its UK tour must have toughened the band up to record North Pole, their sturdy debut. The result is an album that Alex Chilton would probably have been proud to record at any point in his solo career.

Speaking of Big Star's big baby, Quinn has drummed for him. That's right: The lad's a drummer-singer. A drummer-led band always throws up flags (God bless you Grant Hart), but Paul has a really nice voice, perfect for his songs about hearts full of love, livers full of liquor, spleens spilling confessions.

Quinn's no Ted Leo with the lyric pen ("Sitting in this room, writing a song … sitting in an easy chair" … "When the sun comes up it makes me happy"), but makes up for it by being the sort of spirit you want to spend time with. He's like the balanced boyfriend who comes along after Mister Misery, and it takes you awhile to figure out you don't really need the psycho-drama anymore. (Still, isn't this the rainy, booze-soaked, violence-prone area of the world that's known for soccer violence, coarse brogues, and the nasty characters who shoot junk in art films? Do only fancy lads and smart girls pick up guitars there? Even the Skids were more bounce than pounce …)

Musically, Quinn collaborates with his guitarist/bassist/additional keyboardist Ryan Currie wonderfully, using the latter's ornate melodic tapestries (e.g., the lead guitar at the beginning of "What Am I Supposed to Do?") to make every track sound interesting — if not always compelling. "Easy Chair" has a delightful similarity to John Wesley Harding's "When the Sun Comes Out," its casual piano tinkling establishing a nice late afternoon near-melancholia. (Not really. His baby's calling soon.) A laid-back harmonica pulls the listener into "Shine On," another song about, well, the Big Yellow Guy.

The album ends on the dreamy 60s pop of "Field of Dreams," and a torrent of cliches about a honey he's waited his whole life through, and I realize, shit, I really need to move to Scotland — do they even prescribe anti-depressants there?