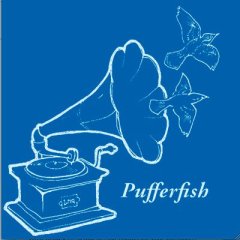 Hello Zero, the self-released album from the Seattle-based trio Pufferfish, spans from contemporary indie-rock to old-time, barstool country western and touches on everything in-between. Traditional country and bluegrass instruments meld with electronic drum loops and introspective lyrics to create a concoction that, while not wholly unique, is at least different. The album is full of boot-tapping Americana tinged with static and smoky vocals; it's a lonely country highway beautifully littered with fragments of blues, country, rock, and electro-pop.

Hello Zero is teeming with worn-drum banjos rolling melodies over a dust-spewing drum machines. Versatile guitars and country-fair bass lines accompany rustic, back porch lyrics – which straddle the fence between the brooding psalms of David Bazan and turn-of-the-century Southern field hollers. The album easily travels from the simple, old Nashville sounds of songs such as “Decoder Ring” to fuller and heavier tracks like “Rockets.”

However, this type of diversity on a record also brings with it some rocky cusps. “Linoleum” is an awkward combination of styles and instrumentation that tries to push a confused sense of sincerity across. A minor hiccup like this is easily forgivable on an album that is brave enough to push its sound into new territory; as stretches like that are needed for a band to grow.

While tracks such as “Brake Drum,” a lively instrumental track with a no-nonsense beat, handclaps, and slide guitar steaming forward at a fever pitch, help push the album along; “North” is definitely the keystone track of “Hello Zero.” It sounds like an echo of early Wilco, complete with a subtle, rainy-day organ melody, one that gently rests against the beautiful and eerie backdrop a musical saw. “North” shows the potential of Hello Zero and of Pufferfish in general, at its fullest. This band could rise to be the ambassadors of a fresh alt-country movement – one that reaches well outside of the Pacific Northwest.