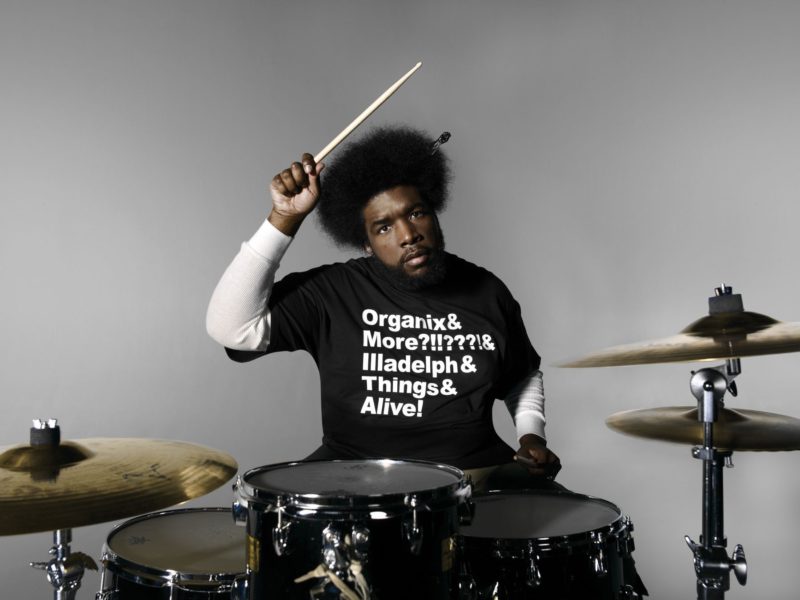 Questlove Grapples the Question: What is Creativity?

The name Questlove may conjure different things for different people. A big bouncing afro with his signature comb propped jauntily to one side as he pounds away at a bass drum; that smooth stride as he saunters on for a guest role in a movie or television show like he owns the place; maybe just a goofy comeback after Jimmy Fallon says something dumb. All these are but a small part of what makes up the man, the legend, Questlove.

He basically started music career from the womb. His two musical parents (both performers in a doo-wop group) decided to take him on the road touring with them rather than leave him with a baby sitter, so his education came from the back stages of the best night clubs in the country. By age seven he was already performing in front of crowds, so needless to say creativity is in his blood. While music, and more specifically jazz, has been his life’s blood and made up a majority of his career, he hasn’t stopped there. Acting, performing, and writing are all a part of his past, present and future but what really seems to push him and keep his keen mind moving is creativity.

It’s surprising his newest book, Creative Quest, hadn’t appeared earlier on his writing career, but when you look at his other published works… they’ve all had creativity as their common theme: one about how he sees the world, one about the culinary world, and the first about the music of Soul Train. Perhaps the first three gave him time to consider what creativity means to him? After all, it’s a concept built upon the individual or perhaps two or three, but when shared with the rest of the world can take on a whole new meaning; it’s a little hard to get a handle on.

I for one cannot wait to hear what he has to say about the subject when he graces Seattle with his soulful presence next week at Washington Hall (Friday – April 20, 2018). You can still grab your ticket for this incredible night and maybe even say hello to the man himself as he hangs around to autograph books. Speaking of the book, I’ve never suggested this before, but you might even consider purchasing the audio book instead. Why would I say such a thing? First, it’s read by Questlove, so you get to hear his soothing voice talk about his most passionate subject, that alone makes it worth the purchase. Second, you get some seriously incredible bonus content like original music by Questlove and The Roots as well as vocal guest appearances (who knew that was a thing?) by Fred Armisen, Tariq Trotter (Quest’s longest-running musical partner from Philly), Norm MacDonald, Ludo Lafebvre, among others. Looks like I’ve got some listening to do. See you next week at Washington Hall!

Questlove will be at Washington Hall on Friday, April 20, 2018 {more info / tickets}