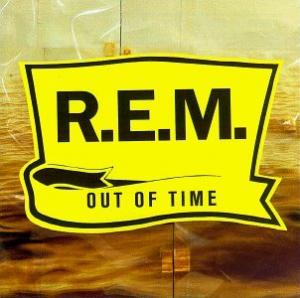 Certain songs have the distinct ability to act as a time warp. Now, to study this phenomenon, one must determine whether this is caused by (a) certain personal memories attached to the piece of music or (b) the song has a dated style that is consistently associated with that time period. Trying to separate these two factors can be difficult as the dated style might also be attached to specific memories in the listener's mind. Heck, sometimes it is just the opening words or chords that can send you backwards through time like Carlos Castaneda. "Radio Song" has just that effect on me, like a iPod based flux capacitor — and this one I almost entirely know is based on reason (b). KRS-One (dated himself) comes on saying, "hey, I can't find nothing on the radio. Uh, yo, turn to that station" and then Peter Buck's lilting guitar enters with almost the entirely opposite effect that KRS-One had to the song. This song feels like a mash-up before there were mash-ups as KRS-One fits into an R.E.M. song as much as large blades of glass fit into my corn flakes. Not to say that hearing this juxtaposition makes my mouth bleed as such, but there has always been something jarring about it. It lacks the sort of merging of the genres like other attempts such as Teenage Fanclub and De La Soul's "Fallin'" or even Anthrax and Public Enemy's "Bring Tha Noise." Instead, it's KRS-One rapping over a typical R.E.M. song. Ten thousand points for trying to brings groups together, boys, but minus several million for the follow-though.

(By the way, has anyone ever thought that the cover of R.E.M.'s Out of Time looks like they slapped it together at the very last second, like they bought the big yellow sticker and through some rub-on letter decals on it? This has bugged me since the album came out. Sigh.)