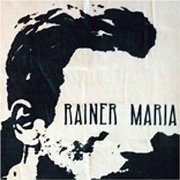 Catastrophe Keeps Us Together

I miss Rainer Maria. I wish they would come back. I used to love them, I used to love Look Now, Look Again. The dueling vocals of Caithlin de Marrais and Kyle Fischer used to soar together over the towering guitars and drum. It was ridiculously enjoyable and sometimes it could give me an unsettled feeling in my stomach just listening to it like really good music should cause. Yet, somewhere along the way, Rainer Maria got lost. I don't know who told them, "hey, maybe only Caithlin should sing". Whoever that was should be kicked for a while to get some sense into them. It makes me sad to think about it too much. That being said, Rainer Maria's latest Catastrophe Keeps Us Together is not a bad album, far from it, but when you then sit back and pop on some of their back catalog, you wonder why have they gotten so, well, uninteresting.

Catastrophe… proves that the path drawn by 2003's Long Knives Drawn was not just a temporary sojourn, but the new Rainer Maria. All the vocals are handled by Caithlin, which again, isn't a bad thing – on the contrary, her vocals are strong and captivating. "Catastrophe" crashes in with guitar-rich indie rock sound reminiscent of Star Ghost Dog or Letters to Cleo and Caithlin clearly takes center stage proclaiming I will find you/at the end of the world. Things get back to the more aggressive sound of "Ears Ring" or "Breakfast of Champions" on "Life of Leisure," one of the strongest songs on Catastrophe… with its catchy chorus and frantic drumming from William Kuehn. Caithlin warns you just can't turn me on and off as the guitars run circles like a pack of wild dogs around lyrics like our talk is cheap/but the phone bill is not. "Life of Leisure" is really the only aggressive song on the album. Instead, Catastrophe… is populated by a variety of different styles compared to the rest of the Rainer Maria discography.

Some seem to work, like "Terrified", a slow, gentle number that combines some excellent guitar melody and hushed vocals by Caithlin, which is a nice change as she sometimes has the tendency to shout rather than sing her vocals. "Clear and True" has a much lighter sound that you would expect from Rainer Maria. Heck, it feels down right playful and works surprisingly well for a band that has made its mark with melancholy melodies. "Southpaw" is a much more mellow song that is touched with ghostly keyboards drifting through the guitars, while "I'll Keep it With Mine" as an ethereal feel that Rainer Maria has rarely reached, with Caithlin whispering her vocals over rolling drums. On the other hand, "Burn" has a touch of Radiohead to it, but really failed to stoke the passion a song with the chorus I could have set you free/but I watched you burn should really have. "Already Lost" and "I'll Make You Mine" just feel like album filler that really doesn't add to the overall growth of Catastrophe…

Maybe I'm just a curmudgeon, but I think that Rainer Maria lost some of its dynamism by converting to a solely Caithlin-dominated creature. This is not to disparage Caithlin's vocals in any way, she does an excellent job driving the songs and leading the band, but in the back of my mind, I wish the intertwined male & female vocals that was the hallmark of their early albums could at least make brief appearances these days. Rainer Maria is still a good band, but like the X-Files after Mulder left, it just doesn't feel the same without the part that made them distinctive in the first place.