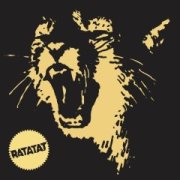 I know a lot of people who like Ratatat. I've heard Ratatat played in coffee shops around the country. Heck, I've seen people walking around with Ratatat t-shirts. Why is this odd? Well, when was the last time that an entirely instrumental, quirky electro-indie band became big? Yeah, I thought so. Yet, Ratatat's self-titled debut has become a poor man's Give Up (without the Ben Gibbard lyrics). And much like the aforementioned Postal Service, Ratatat is a side project (of Evan Mast of E*Vax and Mike Stroud of Dashboard Confessional) that has taken on a life of its own, the result being Classics, a new collection of instrumental hits (and some misses) that should keep the collaboration of one beatmaster and one guitarist rolling strong.

There is an infectious quality to the first Ratatat album, with the deep synthesizer sounds blending with the guitars and throbbing beats. Classics continues that trend, but with some gentler melodies. The album opens with "Montanita," a twisting song that evokes the sounds of Tipsy and other loungetronic bands of the late 90's. It is much softer and sweeter than anything on their debut and it may surprise many fans as the gentler side of Ratatat. Fear not, though, as they jump right back into the more aggressive dance on "Lex" and "Gettyburg," where the twirling synthesizer lines grind up against the guitars in front of a hot and dirty beat.

However, these might be the only songs on Classics that are as bombastic as the tracks from its predecessor. Ratatat seem to be taking a more relaxed and experimental approach, and this is plainly heard on "Wildcat," a song that practically screams Daft Punk. It has a writhing bassline that drives the song along with, well, a roaring mountain lion on vocals. It might lack the heavy beat of earlier Ratatat, but it clearly shows an evolution towards more dance-type music. "Kennedy" with its quirky, Tubular-Bells-meets-Kraftwerk-like synths combine with the almost 80's metal style guitar in a way you just don't expect to work, but it does with surprising success. The low and rumbling sexiness of "Nostrand" seems to take its cue from Air (French Band — I still get a kick out of that) with its underlying rhythms but is then slyly combined with lilting guitars that crash into an android breakdown.

Some of their more subdued songs just don't work. "Tropicana" sounds like a lost child from Blur's The Great Escape, but in a tired and clichéd way, borrowing a lazy guitar line where one shouldn't be. Alternately, "Loud Pipes" takes a more funk-sounding approach and ends up sounding just a little too goofy for its own good. Tracks like "Swisha" and "Tacobel Canon" just lack the energy you expect from Ratatat and end up feeling just sort of stale when compared to their other works. "Tacobel Canon" does have its moments, like the odd, Bach-inspired breakout in the middle, but overall, just never gets fiery enough to keep your attention.

Classics might be an overstated title for Ratatat's second album, but it's far from a disappointment. They obviously have proven that the collaboration is not a one trick pony, but instead take it in some newer directions without alienating their original fans too much. Classics isn't groundbreaking by any means, but still has that odd infectiousness that has made the band an unexpected hit in a land where instrumentals are usually just filler and oddities.