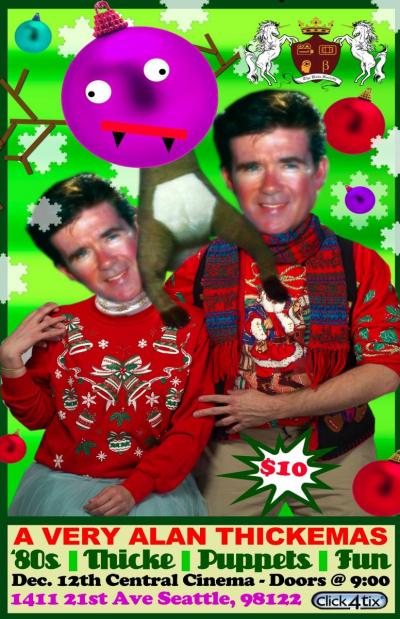 This sounds pretty awesome, you guys. Grab some friends and some $10 tix online, head to the Central Cinema this Saturday, December 12 at 9pm and show that smile again (yes, I actually just wrote that)…

My friends over at The Beta Society have put together the perfect holiday activity for those of us who grew up watching Growing Pains and loving “The Thicke” (I cannot convey the depths of my teenage crush on Kirk Cameron, but I will say that show totally jumped the shark when they added the curly red-headed baby sis), or just generally love the cheesiest bits of the 80s.

For the third year in a row, they’re putting on an 80s holiday variety show featuring live performances, filmed sketches and stories, classic Christmassy gems and the world premier of their all new Christmas movie “A Very Alan Thickemas: The Movie”— a musical puppet-filled extravaganza featuring Alan Thicke himself! Plus, beer, wine and food from the Central Cinema kitchen.

And if all that doesn’t convince you, check out this sweet Alan Thicke music vid they showed last year: